Porsche Says 911 Will Be Its Last Car To Go Electric 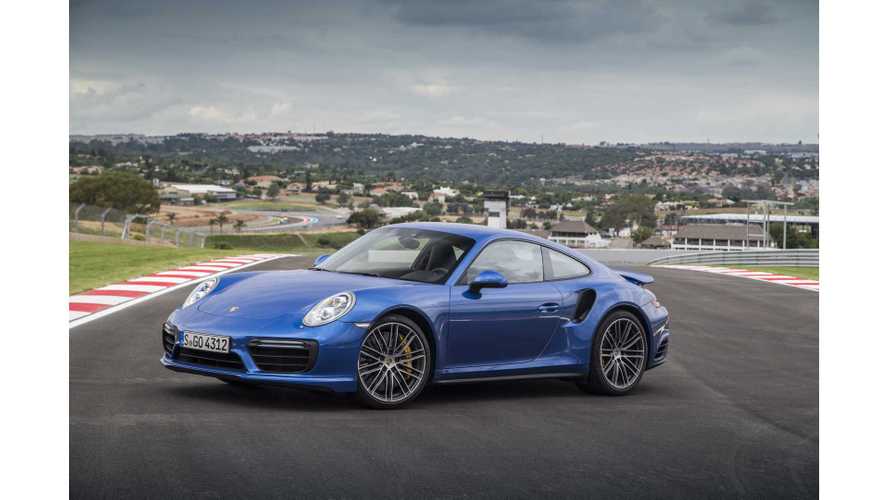 Will see all-electric racers within 10 years

Electric plugs have been sneaking into the Porsche lineup for some years now, starting with the 918 Spyder and Panamera S E-Hybrid in 2013. With the Porsche Taycan now scheduled to hit showrooms in late 2019, the shift from plug-in hybrids to all-electric models begins. Where will it all end? With the company's storied 911 model, apparently.

That's the view of the vice president of Motorsport and GT cars for Porsche, Dr. Frank-Steffen Walliser, at least. According to the Australian publication Drive, the executive, who made the comment while in the UK attending the six-hour Silverstone race said, "I would say the 911 would be the last car that we would make with an electric drivetrain."

That might be news to his boss, CEO Oliver Blume. The head honcho said just a few months ago at the company’s annual results conference that the Porsche 911 would never be electric. This is not to say the rear-engined icon will never get a plug, however.

We reported back in early 2016 the German automaker would make a plug-in hybrid eventually. As of now, we believe that will only happen during a mid-cycle refresh of the next generation of the car, which will launch this year. So, possibly we may see a 911 PHEV around 2024 or so.

There is also a good chance we'll see all-electric Porsche race cars on the track before too long. Asked whether battery-powered GT series cars might arrive within the decade, Walliser reportedly responded with a simple, "I would say it’s less." Though the Stuttgart-based outfit will  offer the Taycan soon, this may not be the vehicle that would participate in such a series. The Mission E program covers a variety of future vehicles, including the Mission E Cross Turismo, and there are rumors of a sportscar on the same platform as well. Just don't expect it to look like or bear the badge of the 911.