When most people think of Tesla, they think of electric cars. Sure, Tesla is renowned for its leadership in electric vehicle batteries. But, this expertise can also be found in Tesla's batteries designed for backup energy storage. Tesla's co-founder and CTO, JB Straubel, recently opened up about his vision for the role of batteries. He sees products like Tesla's Powerpack as an integral part of clean energy projects moving forward. 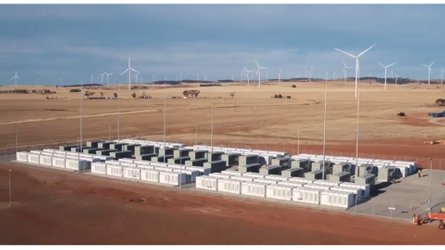 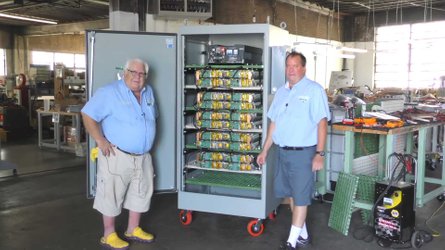 Straubel told The Verge, "You know, the electric grid hasn’t changed that much from 100-some years ago when Tesla and Edison were actually inventing it." But the fossil fuel-powered grid is no longer the only option in places like the Hornsdale Power Reserve in South Australia. Instead, Tesla's Powerpacks are being deployed along with wind power. The big picture: it's possible that the fossil fuel-powered grid (e.g. gas and coal-powered plants) could diminish in importance and play a far smaller role in the future.

That said, replacing fossil fuels altogether comes with its own set of obstacles. Simon Alvarez reports (via Teslarati), "It’s still going to take some time before clean energy solutions become capable of adequately supporting the power grid on their own. Renewable energy such as solar and wind, after all, are very promising, but they are not very consistent. Solar power can get compromised on a cloudy day, and wind power can be compromised when there is no wind."

However, "This is where battery storage comes in. Paired with renewable solutions, batteries such as Tesla’s industry-grade Powerpacks are able to store gathered energy and feed it to the grid when needed. Grid-scale chemical batteries only comprise a small part of the renewable energy market for now, but the use of batteries has been growing over the years."

Tesla's Straubel says, "That was kind of unheard of ten years ago. If you told someone that hey, a lithium-ion battery could do that sort of duty, storing solar energy every single day for ten years, they wouldn’t have believed it. I think the biggest thing is scalability. Batteries have this beautiful ability to vary economically, scale from gigawatt-hour-sized systems all the way down to 10 kilowatt-hours in your house.”

Above: Tesla co-founder and CTO, JB Straubel, discusses batteries, the grid, and the future for renewable energy (Youtube: Verge Science)

It's reported that "As of June 2018, Tesla had deployed a total of 1 GWh of energy storage worldwide, and during the company’s Q2 earnings call, Elon Musk and CTO JB Straubel reaffirmed Tesla’s commitment to growing its energy business over the coming years. Straubel even remarked that it might only be a matter of time before Tesla Energy overtakes the company’s electric car business in size."