Infiniti will unveil the concept next week at Pebble Beach.

Infiniti is set to unveil a new electric concept car next week, and the teasers keep coming. Last week, the Japanese luxury automaker teased the Prototype 10 concept with a top-down view into the roadster’s cabin. Today, Infiniti is giving us a sketch of the vehicle to drool over until the covers officially come off August 23. 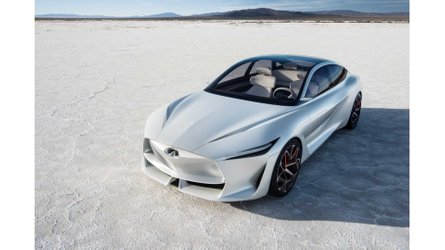 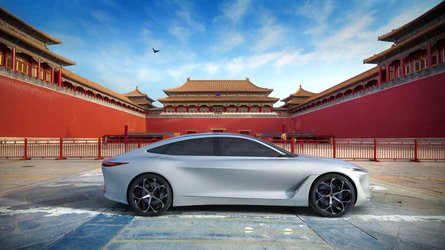 The real-world concept will look stunning if it resembles the sketch. The hood is long with a broad front fascia. You can see a tiny windscreen in front of the single-seat, off-set cabin. The sides are deeply sculpted, leading to a small arch over the rear wheels. It looks like the Prototype 9 concept reimagined for a not-so-distant future. The design is an evolution of the styling debuted earlier this year on the Infiniti Q Inspiration Concept.

“The Infiniti Prototype 10 echoes the layout and design of some of the most evocative car designs of all time, where power was celebrated through high-powered single-seat competition cars,” says Karim Habib, Executive Design Director, Infiniti. “Our new concept speaks of an electrified future, something which is reflected in its form and details. It is appropriate that we found inspiration in an optimistic bygone era in which cars were characterized by the simple love of driving.”

Sadly, for as stunning as the Prototype 10 will likely be, it’s not something the automaker will put into production. Infiniti is playing catchup in the EV space and, while it plans to offer its first EV in 2021, it won’t be a wild single-seat roadster. Instead, it will be a sedan based on the Q Inspiration Concept. However, Infiniti will tailor that car to the tastes of the Chinese market. The sedan platform would make marketing the vehicle to a broader audience easier. Speciality EVs are something Infiniti can think about once they’ve established several EV models.

Infiniti will unveil the Prototype 10 at the 2018 Pebble Beach Concours d’Elegance on August 23.

By: Anthony Alaniz
++
Got a tip for us? Email: tips@insideevs.com