Porsche is yet to reveal a real-life Taycan, let alone start production. But the Zuffenhausen based car maker is already making promoting their first all-electric vehicle as a top priority.

Pre-orders for this upcoming luxury sedan have already started in the United States and several other countries. Customers are able to do a Tesla-like deposit in order to get their vehicles among the first in the world. Hopefully, Porsche delivers these cars on time and as promised. 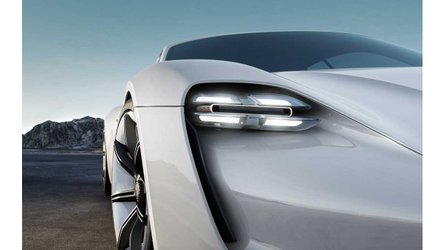 Here's How To Reserve A Porsche Taycan In The U.S.

Today, Porsche GB teased the Taycan's performance numbers. According to Porsche, the Taycan will be capable of sprinting from 0-62mph (0-100km/h) in as little as 3.5 seconds. This puts the Taycan in some select company like the Dodge Charger SRT Hellcat, the Mercedes-Benz E63 AMG or the BMW F90 M5. While yes, this does put it at a disadvantage with the Tesla Model S, we're confident that the Taycan will be a more performance driving optimized vehicle. Not just a straight line beast.

With huge torque from a standing start, the Taycan – seen here in camouflaged prototype form – goes from 0-62mph in 3.5 seconds. pic.twitter.com/xcWlfO7mfx

With all things considered, it looks like that Porsche is serious with the Taycan. This being their first effort in producing an all-electric car, the vehicle will most definitely be a handling jewel. The Taycan will - size wise - be placed somewhere between the Porsche Panamera and the Porsche 911. In turn, that makes it a direct rival to the industry-leading Tesla Model S.

The vehicle is slated to come equipped with two permanently excited synchronous electric motors (PSM), producing a combined output of 600 horsepower (400KW). With the 3.5 second acceleration time, a top speed electronically limited to 155mph (250km/h) and a 310 mile (500 kilometers), it's going to be a force to be reckoned with.