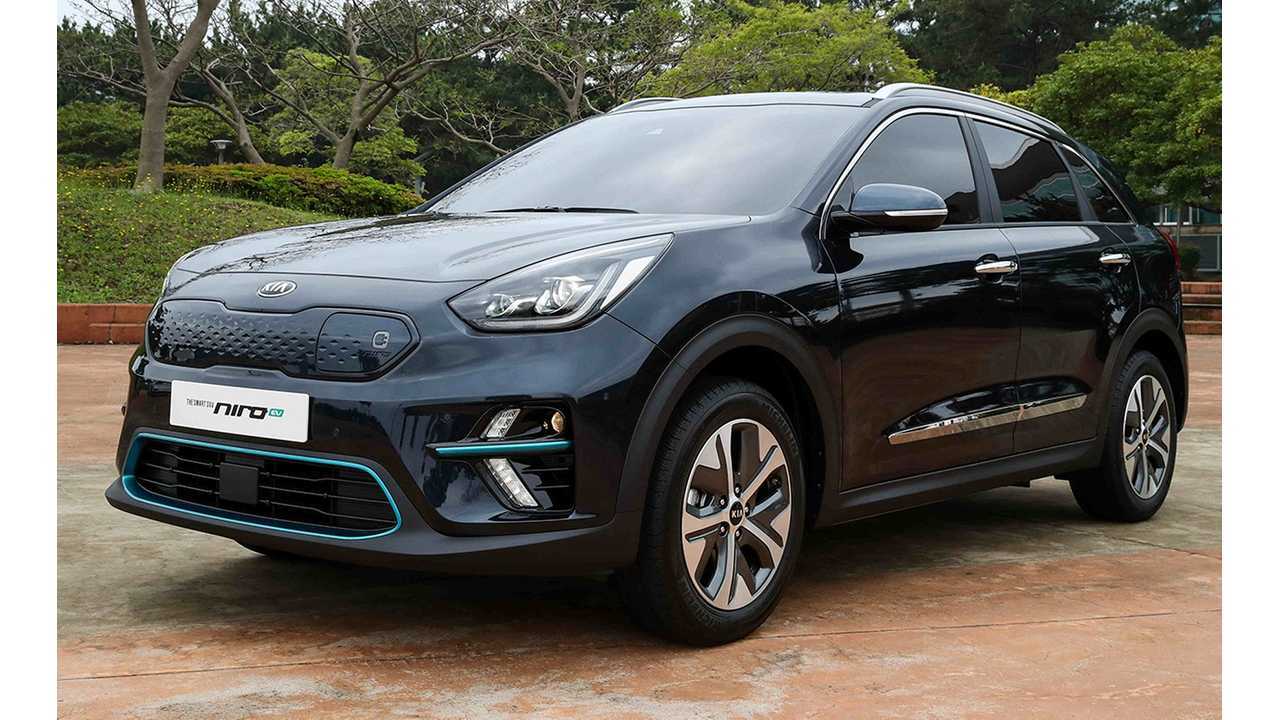 The crossover should arrive late 2018.

We've known that Kia would produce the Niro EV almost a year before it appeared in concept form at the Consumer Electronics Show this past January. Still, we haven't heard anything about the Korean automaker's plan to bring the compact crossover to the U.S. market. Until now.

There still hasn't been any official announcement but thanks to a VTLeaf, a sharp-eyed InsideEVs Forum member, we've learned that the U.S. Kia retail site now features the all-electric under its "Upcoming Vehicles" section, where it's labeled as a 2019 model. And that's not all.  Clicking on a link to disclaimers brings us the following information.

Basically, we're told not to expect deliveries to happen until late in the year, and then it seems highly likely it will only be available to customers, initially at least, who happen to live in California, and possibly some other so-called CARB states. It also warns that the number of units headed to us from Korea is likely to be low.

No doubt this is somewhat frustrating to would-be buyers in crossover-crazy America. So far, the Chevy Bolt is as close to a crossover as one can find until the Jaguar I-Pace begins shipping. Somewhat ironically, when it finally does arrive its biggest competitor is likely to be its Hyundai Kona Electric cousin.  Despite being a pinch smaller, it shares the same underpinnings and drivetrain. Like the Niro, though, we don't expect to see high volumes shipped to our shores for some time, so there shouldn't be any friction between the co-joined brands.