Actually, quite a lot. And in the case of the Model 3, one can decode the VIN to determine if its a single-motor or dual-motor variant.

It was way back in January of this year when Tesla began registering the first dual-motor Model 3 VINs, but now it seems the full focus is on the AWD variant of the 3. Keep in mind that these higher-end versions of the Model 3 are bigger profit-makers for Tesla, so we suspect the automaker will push the dual-motor variants hard as it looks to turn a profit in the near future. 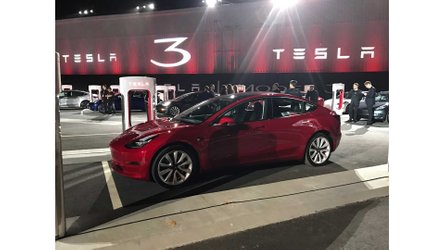 Additionally, the highest recorded VIN to date is claimed to be 56240.

It won't be long until we report on Tesla sales for June (July 3rd, to be exact), so why not start a little guessing game here. How many Tesla Model 3s do you think will be sold in the U.S. in June? Will it be another record month for the electric sedan? Or will Tesla scale back U.S. deliveries to extend the federal tax credit?

Leave us your thoughts in comments below.