A true IIHS or Euro NCAP full crash test is still in the works.

In a recent Tweet, the Tesla CEO, Elon Musk, revealed a claim that the Tesla Model 3 has the best safety of any midsize car. According to Musk, this is due to the vehicle's construction, as it doesn't have a big gas guzzler engine in the front, allowing for longer crumple zones. In an event of a crash, these are designed to absorb the impact of the collision with another vehicle or an immovable object. The added level of protection is the advanced sensor array, part of every Tesla vehicle in recent years.

More about the Model 3 Crash Tests 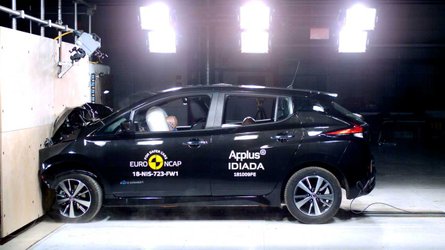 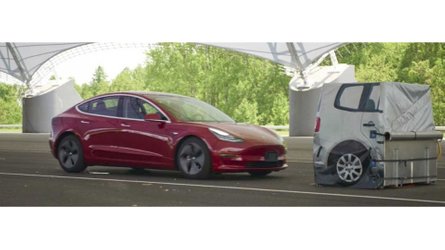 Currently, the Insurance Institute for Highway Safety (IIHS) is currently conducting crash and safety testing on the Tesla Model 3. In the preliminary results, the Model 3 faired well. However, a "real" crash test is yet to be conducted by both the IIHS and Euro NCAP (European New Car Assesment Program).

Until then, we can only rely on Musk's own words, which need to be taken with a grain of salt. Yes, the Model 3 is a contemporary vehicle built with various high-tech polymers and with advanced crash engineering in place. It will probably score high in both the IIHS and Euro NCAP tests. But until that happens, we can only speculate about its safety aspects.

Not having a big gas guzzler engine in front means there’s room for trunks in front & back, plus longer crumple zone for best safety of any midsize car https://t.co/oStk7oUidV

On the other hand, a few months back, a video appeared, apparently showing the Model 3 and a Volvo S60 each crashing into a pole - the latter achieved a five-star crash safety rating in all categories according to the National Highway Traffic Safety Administration. The results were pretty interesting, as the Volvo S60 was damaged more severely than the Model 3. But, as mentioned earlier, we have yet to see the Model 3 crash that barrier, dummies flying and neat slow-motion camera scenes happening.

The video below (the event starts at 4:14) reveals how the Model 3 faired against a Volvo S60 in a crash test simulation.