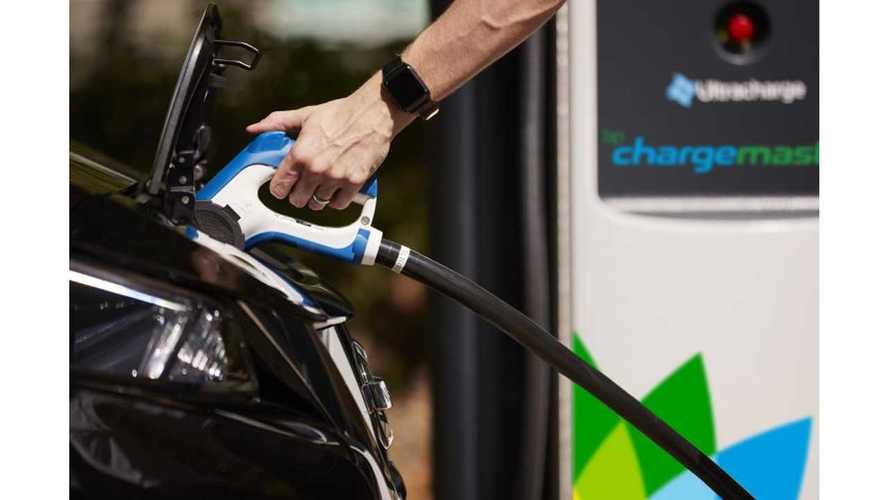 Chargemaster, a British charging company that designs, builds, sells and maintains charging stations (including a network of over 6,500 points in UK) is being acquired by BP.

The company will be rebranded to BP Chargemaster and focus on the installations of ultra-fast chargers (power level from around 150 kW).

BP expects that the number of electric cars in the UK will increase from around 135,000 in 2017 to 12 million by 2040 and needs to take action to not be left behind with its network of 1,200 refueling stations (UK). DC fast chargers will initially supplement the gas pumps (within the next 12 months) and someday maybe even replace them.

The shortest way to become a significant player in the charging business is always acquisition of existing company and Chargemaster (founded in 2008) with over 40,000 customers of the POLAR network, seems to be the right choice for BP.

"BP today announced that it has entered into an agreement to purchase Chargemaster, the UK’s largest electric vehicle (EV) charging company. Chargemaster operates the UK’s largest public network of EV charging points, with over 6,500 across the country. It also designs, builds, sells and maintains EV charging units for a wide range of locations, including for home charging."

"The development of convenient and innovative EV charging technologies and networks is a key part of BP’s strategy to advance the energy transition. BP is committed to developing new offers to meet changing customer demand and growing new businesses and supporting opportunities for customers to reduce their emissions.

BP believes that to accelerate the adoption of EVs, customers will require convenient access to fast and ultra-fast charging. BP’s UK retail network is well positioned to provide this access with over 1,200 service stations across the country. A key priority for BP Chargemaster will be the rollout of ultra-fast charging infrastructure, including 150kW rapid chargers capable of delivering 100 miles of range in just 10 minutes. BP customers in the UK can expect to access BP Chargemaster chargers on forecourts over the next 12 months."

“Bringing together the UK’s leading fuel retailer and its largest charging company, BP Chargemaster will deliver a truly differentiated offer for the country’s growing number of electric vehicle owners.

“At BP we believe that fast and convenient charging is critical to support the successful adoption of electric vehicles. Combining BP’s and Chargemaster’s complementary expertise, experience and assets is an important step towards offering fast and ultra-fast charging at BP sites across the UK and to BP becoming the leading provider of energy to low carbon vehicles, on the road or at home.”

“The acquisition of Chargemaster by BP marks a true milestone in the move towards low carbon motoring in the UK. I am truly excited to lead the Chargemaster team into a new era backed by the strength and scale of BP, which will help us maintain our market-leading position and grow the national POLAR charging network to support the large range of exciting new electric vehicles that are coming to market in the next couple of years.”

Watch This Tesla Model 3 Rear Bumper Fly Off After Driving Through Puddle
This Tesla Model Y Video Warns You Not To Buy One – At Least Not Now
Ford Mustang Mach-E Looks Massive And Bulky Next To Tesla Model 3
Watch Tesla Model 3 Get Attacked By Flying BBQ Grill: Autopilot Save
BMW i3s 70 MPH Highway Range Test: How Far Does It Go?

Watch This Tesla Model 3 Rear Bumper Fly Off After Driving Through Puddle
This Tesla Model Y Video Warns You Not To Buy One – At Least Not Now
Ford Mustang Mach-E Looks Massive And Bulky Next To Tesla Model 3
Watch Tesla Model 3 Get Attacked By Flying BBQ Grill: Autopilot Save
BMW i3s 70 MPH Highway Range Test: How Far Does It Go?