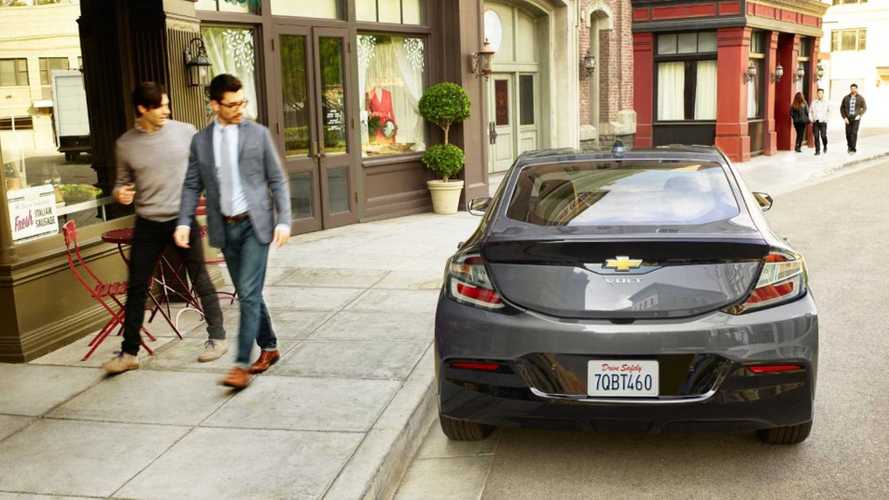 Bolt EV, LEAF, Tesla Model 3 and others don't make list due to global sourcing of batteries or other vehicle parts.

More about the Volt

Determining just how "American-Made" a car is isn't a simple task. In fact, not all organizations that attempt to make such a determination agree. Last month, Cars.com released their 2018 American Made Index (AMI) list.  Their evaluation considers five factors: assembly location, domestic-parts content, engine sourcing, transmission sourcing, and factory jobs provided by the automaker's U.S. plants.

While Cars.com has published the AMI for over a decade, in 2017 they updated their methodology. Prior to 2017, the AMI was based more heavily on the American Automobile Labeling Act (AALA) that does not distinguish between U.S. and Canadian parts. Their new analysis is focused purely on U.S. sourced components. In 2018, the Chevy Volt has made the list for the first time. In fact, the Volt is the first plug-in vehicle to make the list with 66% U.S.-sourced materials and labor.

Regarding the Chevy Volt and why most plug-ins do not make the list, Cars.com states:

The Chicago-built Ford Taurus ranks No. 4, followed by the AMI's highest-ranked newcomer, the No. 5 Chevrolet Volt. Plug-in cars, be they fully electric or a plug-in hybrid like the Volt, often lack high domestic content amid global sourcing for batteries — one of the most cost-intensive aspects of any car with a significant electric driving range. But the Volt's battery is assembled near Detroit, with cells from a plant in western Michigan.

GM recently announced a series of upgrades at their Brownstown battery assembly plant near Detroit. In Cars.com's survey of 1,000 drivers, 83% claimed assembly location was an important factor in determining a cars economic impact. However, 7 in 10 respondents said other factors impacted their purchase decision more. They also found only ~53% of passenger-vehicle sales were assembled in the United States.