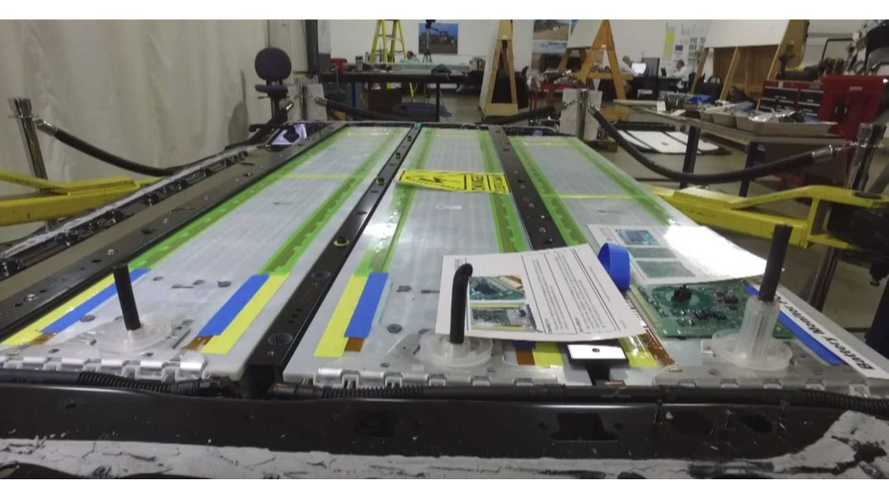 Tesla's quest for a fantastic future consistently delivers surprising breakthroughs within the auto sector — popularizing long-range EVs is one of those game-changing developments and the Model 3 battery pack takes it to a whole new level according to one battery expert.

Above: A look inside the Tesla Model 3 courtesy of Jack Rickard (Image: EVTV)

Tesla and Panasonic's joint R&D efforts made the new 2170 battery cell possible. This next generation battery is smaller, more efficient, simpler and easier to maintenance — yielding the new, groundbreaking Model 3 battery pack. So let's dive into the details.

According to a seasoned electric vehicle battery expert, Tesla Model 3's battery pack is a true engineering marvel and work of art — as evidenced in a comprehensive Model 3 battery pack disassembly video by the renowned (and animated) EV pro, Jack Rickard of EVTV.

Even though Jack has been working on electric vehicles for years, he was floored by the Model 3 battery pack noting: "this is the BEST most ADVANCED large-scale lithium battery ever produced on planet and is YEARS ahead of anything currently in work." Last fall, Jack had predicted big things ahead for Tesla. Now, it appears his suspicions about Tesla's industry-leading battery tech advances have (indeed) come to pass.

Tesla has successfully reduced the wiring harness on the Model 3 to 1,500 meters in comparison to the Model S which has 3,000 meters of wire used to connect the drive units, charge port, air-conditioner and heaters.

A key reason for this reduction in wiring length is an integrated hub of multiple Battery Management Systems (BMS), connectors, fuses, contactors and a high voltage controller (see figure below).

INTEGRATED COMPONENTS IN THE 'PENTHOUSE'

Tesla has tightly knitted several components in a limited space presenting the ideal combination of advanced design and expert engineering. The setup of these major components saves well above 1,000 meters (1 km) of cables while providing ease of servicing as well.

The redundant three-phase charge port likely remains for Tesla's European and Chinese customers as the company will require minimum modifications while delivering Model 3s for these regions — we have seen the same future planning for the dual motor setup where there's no difference in RWD and AWD Model 3 chassis.

In addition, the pyro-fuse or pyro-disconnect (see illustration above) is another breakthrough by Tesla — a completely fail-safe solution in the unlikely event of an anomaly in the electrical system. This pyro-fuse can be detonated with a digital signal from the Model 3 on-board computer resulting in a total disconnect of the battery pack from the rest of the system.

Also each module has cells grouped in to a brick of 46 cells (cylinders). The shorter modules have 23 bricks and longer ones (center) have 25 bricks of cells each.

Model 3 battery pack modules are tightly concealed in hard plastic and heavily bolted to the ground for the safety of the cells and related electrical and electronic systems. Each module has it's own BMS circuit and according to Jack's analysis it can monitor each cell in the pack — another example (Jack notes) that Tesla remains ahead of other legacy auto manufacturers.

Jack and his team at EVTV didn't pop-open the cells from the modules as they're planning to utilize the battery pack for solar energy storage. Note: this battery pack was recovered from a wrecked and submerged Tesla Model 3. Nevertheless, the battery pack components weren't harmed and are functioning without any issues.

You can read Jack's detailed article on Tesla Model 3's electronics and deeper engineering insights on the Model 3's battery pack on EVTV  — the following disassembly and analysis video from Jack and his team also makes for some fascinating viewing...