Details emerge on sequence of events

On May 8 of this year, a tragic crash of a Tesla Model S in Fort Lauderdale, Florida took the lives of two teens and injured a third. At the time, it was reported that the car had hit a wall and burst into flames. Excessive speed was believed to be the main contributing factor. Now, the National Transportation Safety Board (NTSB), which opened an official investigation into the incident has published a preliminary report (PDF) which answers some questions about the horrible event.

As can be seen in the photo of the remains of the all-electric sedan (above), fire was indeed involved in the aftermath. According to the report, responding firefighters used 200 to 300 gallons of water on the flames as well as foam. While that doused the blaze initially, the findings also mention that the batteries combusted again, twice, following the initial extinguishing.

The first reignition occurred as the car was being loaded onto the truck that would take it to a storage yard. It was a minor flare up and quickly doused. The second recurrence happened upon arrival at that yard and again, the flames were quickly put out. The situation is somewhat similar to that of another crash from March, when the damaged pack, in that case, reignited after six days. 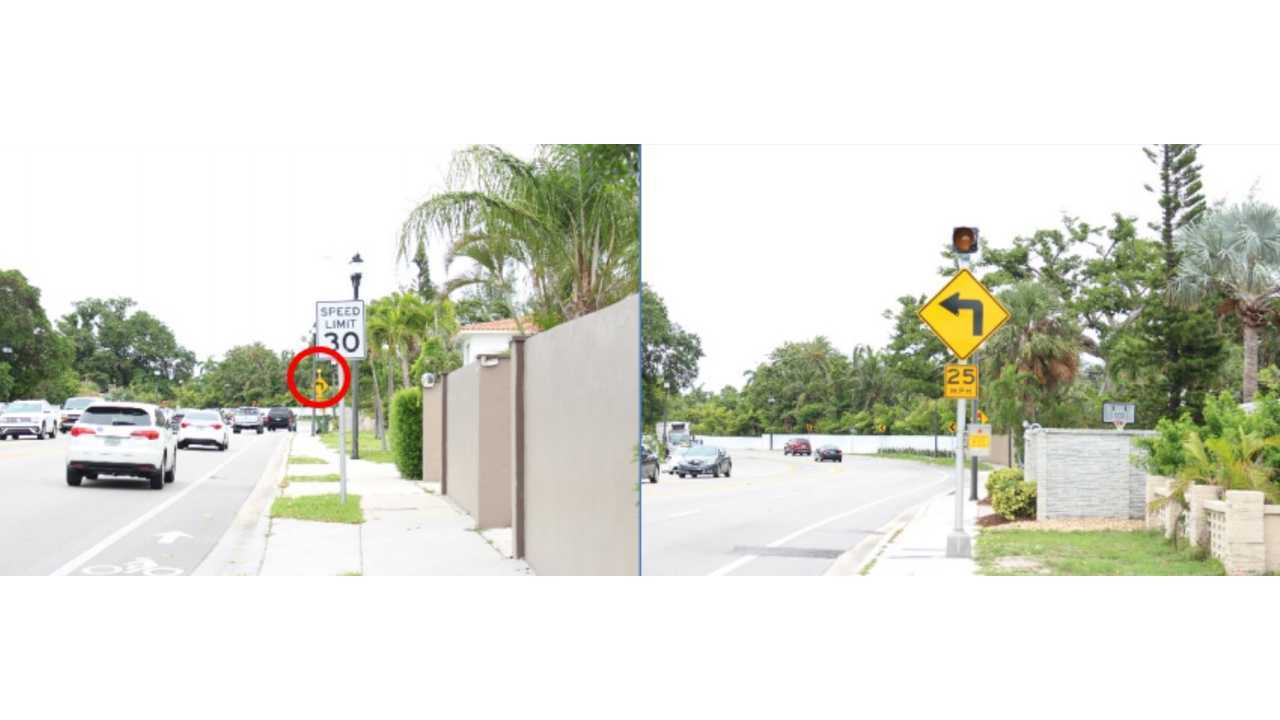 The NTSB report also clarifies the sequence of events in the wreck. Using data from the vehicle's restraints control module (RCM), investigators say that, despite approaching a turn in the road with a 25 mile per hour advised speed sign accompanied by a flashing light, the car was traveling at 116 mph. The speed limit on the street is posted as 30 mph.

As the driver maneuvered around another car on the five-lane street (two lanes in each direction with a middle turn lane), he lost control. By the time his foot hit the brake, the sedan had slowed to 108 mph. According to people who witnessed the scene, the car mounted the sidewalk and hit the concrete wall while continuing to move forward.

As the wall discontinued for a driveway, the car crossed the gap and hit the wall on the other side of the opening on its edge. It was then that it first burst into flames, the integrity of its battery pack, no doubt, compromised. From there, the car re-entered the road, crossing it and hitting a light pole before coming to a final halt in a driveway.

Unlike an earlier, widely-reported fatal crash in Silicon Valley, the Tesla Autopilot feature was not suspected to be involved. As we noted, this is an initial report and the NTSB continues its work. The agency says, "All aspects of the crash remain under investigation as the NTSB determines the probable cause with the intent of issuing safety recommendations to prevent similar crashes. The NTSB is working in partnership with the Fort Lauderdale Police Department."