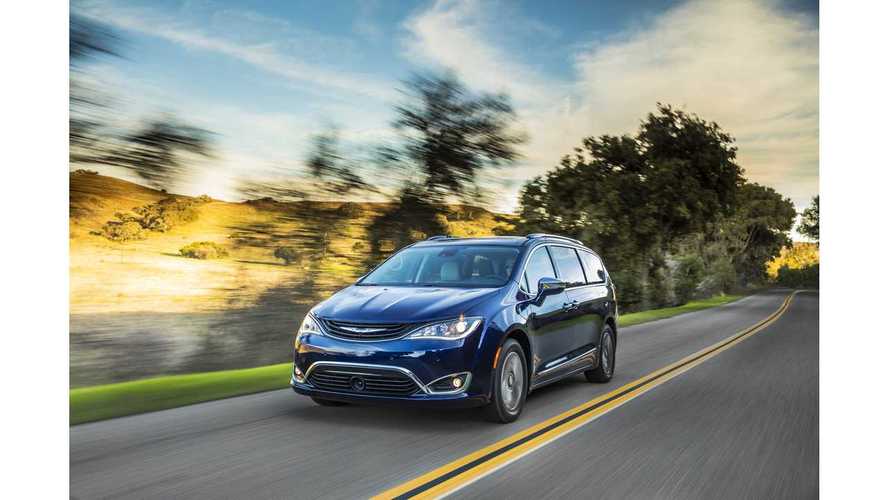 "NWAPA members gathered at the Fort Vancouver National Historic Site to drive 19 vehicles, including battery-electric vehicles, plug-in hybrids and full hybrids. After a full day of testing through the streets of Vancouver, Washington, NWAPA journalists named the 2018 Chrysler Pacifica Hybrid as the Northwest Green Vehicle of the Year. The Pacifica Hybrid, which also won the award as the Best Family-sized Plug-in Hybrid by a landslide, was named the overall winner for its combination of fuel-efficiency, ample cabin space, user-friendly amenities and value."

"The Pacifica Hybrid's 84 MPGe and 33 miles of all-electric range saves you hundreds in fuel costs each year over the average new minivan or SUV. But what's particularly remarkable is that you can achieve this fuel economy while also carrying a family of seven in the front and a suitcase for everyone in the back. This, along with a notable amount of standard equipment, makes the Pacifica Hybrid a truly family-friendly vehicle."

The Chrysler Pacifica apparently was the most awarded minivan of 2016 and 2017 and the plug-in hybrid version (called Hybrid) is one of the most interesting PHEVs on the market.

Sales so far average only several hundred a month and 5% of total Pacifica sales.