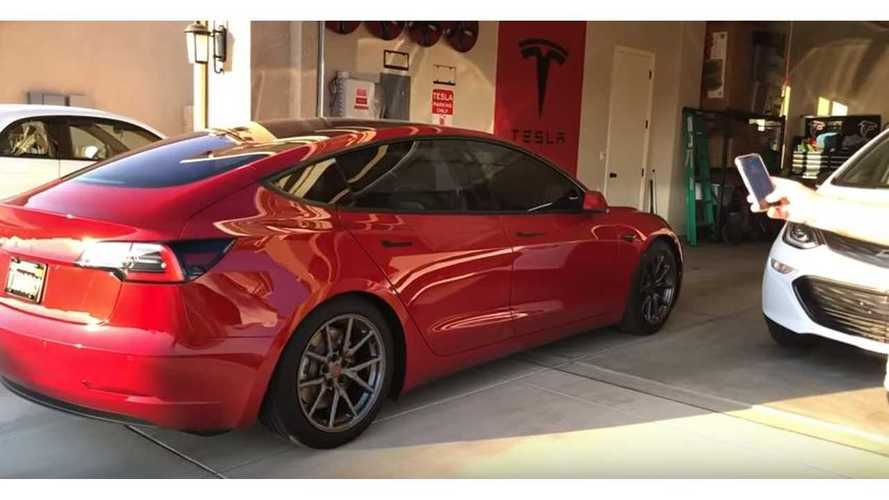 Here's a first look at the recently added Summon Mode on the Tesla Model 3.

Not long ago, Tesla CEO Elon Musk shared that Summon Mode was coming for the Model 3 via an over-the-air update. It has arrived and is functional in some owners' vehicles. Model 3 owner Marc Benton shared a video on YouTube revealing the feature in action. He uses it to show how you can move the car in and out of your garage. This would also prove advantageous in tight parking spots.

Since the Model 3 doesn't have a key fob, the Summon Mode feature must be initiated using a smartphone with the Tesla app. The technology allows you to move the car in a straight line for up to 40 feet while you're not in the vehicle.

According to Teslarati, Tesla's release notes regarding the newly added feature are as follows:

Model 3 can now be summoned in and out of narrow parking spaces using the mobile app. To enable this feature, tap Controls > Autopilot > Summon. To learn how to initiate, cancel, and customize Summon, refer to the Owner’s Manual.

Musk has mentioned that in the future, there will be a more advanced Summon Mode in all Tesla vehicles. Like many technologies in Tesla cars, it will be updated incrementally over time. Eventually, it may be able to travel greater distances and turn to maneuver around obstacles. However, specifics have not been made official.