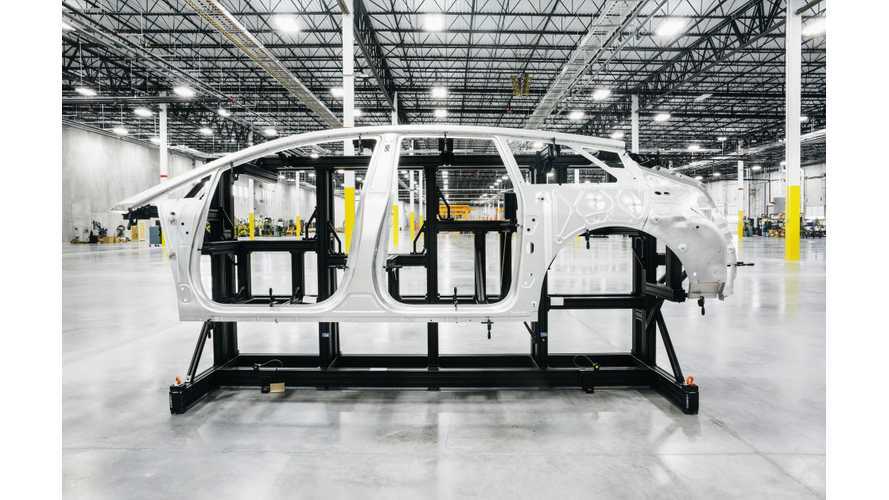 Faraday Future is fighting hard to see its first FF91 all-electric vehicle — an SUV with a heavy emphasis on the sports component of that acronym — leave its Hanford, California factory sometime in December of this year. Despite being, seemingly, on the losing side of a number of battles since its beginnings back in 2015, its luck appears to be shifting. It recently pulled in $2 billion in funding, and now it has announced some ambitious plans for China. Or rather, its shareholding savior has.

Evergrande Health Industry Group Ltd, the 45-percent stakeholder which is owned by property development outfit China Evergrande Group, says the startup automaker now has a Chinese headquarters. To keep things corporately confused, the name of this entity is the Evergrande FF Intelligent Automotive (China) Co., Ltd., and seems to be a renaming of its subsidiary, the Ruichi Intelligent Vehicle (Guangzhou) Co., Ltd. From what we understand, the latter organization had acquired a 401,000 square meter (99-acre) property in the Nansha District of Guangzhou, China back in April.

Appellations aside, the new headquarters is tasked with overseeing R&D, production, and management in China. While it just has a single location now, it aims to build five facilities doing R&D and production around the country over the next decade. It's going to need them too. It has set the ambitious goal of manufacturing 5 million vehicles over these next ten years.

Despite the grandiose nature of its plans, it still unclear what role founder Jia Yueting will play in Faraday's future. According to a report from Yicai Global last month, Yueting, who defied Chinese authorities earlier this year by not returning to his homeland as requested, has until the end of the year to begin deliveries of the FF91. If he fails in achieving that, Evergrande may take control of the business.