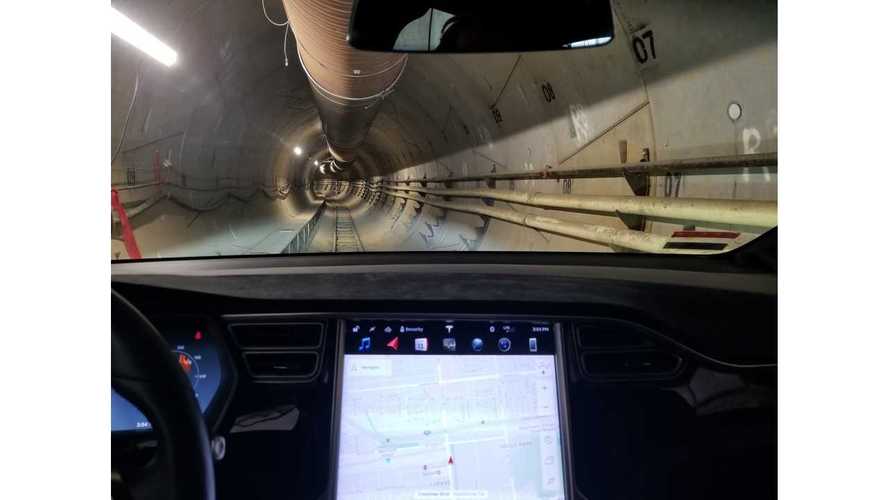 How about a student tour of The Boring Company's Hawthorne, CA tunnel?

Tesla and SpaceX CEO Elon Musk's Boring Company announced on Twitter that it will be offering student tours of the tunnel site in Hawthorne, CA. Each tour can host up to 30 LA county students at a time.

In order to set up a tour, you can email studenttours@boringcompany.com. The Tweet makes it clear that the student would need to have a faculty sponsor to make the contact, and it's assumed the faculty member would also need to be present for the tour. So, if you're not a student, but have been eager to check out the Boring Company tunnel, you may be able to round up some students and make it happen.

We are hosting student tours of the Hawthorne tunnel site for schools in LA County! Each tour can accommodate up to 30 students. Interested faculty (or students with a faculty sponsor!) can reach out to studenttours@boringcompany.com

This announcement comes ahead of the tunneling company's newest venture in Chicago. The Boring Company won the bid to build a high-speed transport system from the downtown Chicago area to O'Hare International Airport.

Tesla offers tours of its Fremont production facility, as well as the Gigafactory in Sparks, NV. It's a positive way to involve and enlighten the public, In addition, gearing it toward young people could prove especially beneficial.

Thus far, the Hawthorne tunnel is about 2.7 miles long. When completed, it will function as a 6.5-mile test tunnel for the company's future pursuits. It's important to note that this particular tunnel is only being billed as a proof-of-concept for now. However, in the future, if the Boring Company's LA tunnel system expands, it may be converted into a portion of that route.