BMW Group continues to improve its plug-in electric car sales in July, however the pace of growth decreased last month to 30.9%.

This is the third consecutive month with a five-digit-sales number, bringing the total sales to 71,310 after the first seven months of 2018. The growth of 40.6% year-over-year makes the goal of 140,000 easily achievable.

BMW Trademarks i9 For U.S. 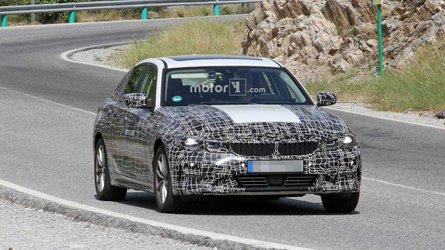 BMW sells more plug-ins thanks largely to launching local production of the 530e in China, which soon will become a bigger market than the UK and U.S. (for BMW plug-ins).

"Improved availability of the locally-built BMW 5 Series plug-in hybrid in China, helped electrified sales in the BMW Group’s largest overall market increase more than six-fold in the year to date, with a total of 8,078 units sold so far in 2018. Several other major markets also achieved significant growth in year-to-date electrified sales, including the USA (13,874 / +39.5%) and the UK (9,923 / +34.3%)."