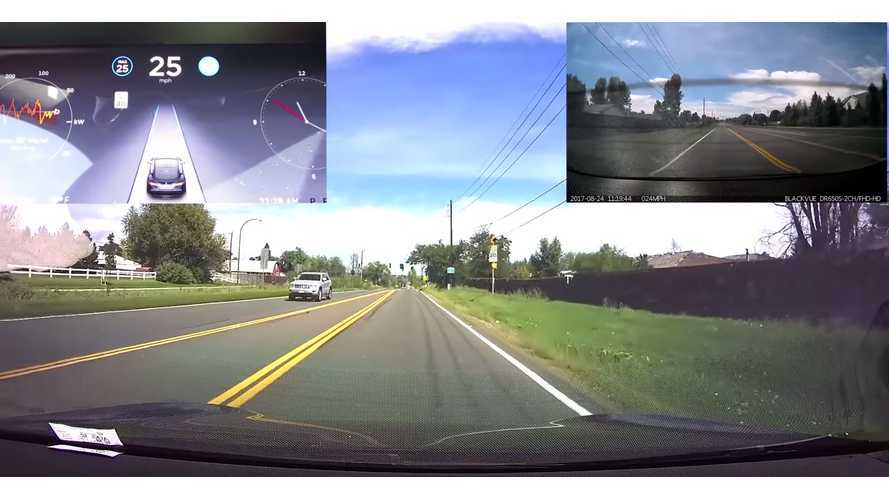 The long-awaited Tesla dashcam could become a reality soon.

Many Tesla owners use aftermarket dashcams. This is especially helpful for those that want to capture footage of driving the car or share Autopilot videos on YouTube. It could also aid in situations involving theft or vandalism.

We've reported in the past about Tesla hacker Jason Hughes figuring out how to extract video and images from Autopilot cameras. The camera stores footage after a crash, which Hughes has shared on several occasions.

Being that Tesla's Autopilot system uses eight cameras, owners have asked why they don't have access to the information these cameras are "seeing" and/or storing. If the camera is already on and available, as well as being used by Tesla as a "dashcam," one would think it could be used as a dashcam that's accessible to owners. Tesla CEO Elon Musk tweeted that the new feature should arrive in a few months as part of software update version 9.0:

Hopefully in V9.0 release in a few months

We know full well that in most cases, Tesla can access the "dashcam" footage after a crash to figure out what may have happened. This will add an interesting element to the equation when owners are able to access the camera as well. This is especially true when it comes to whether or not Autopilot or the driver is at fault in particular situations.

In the past, Tesla has shared its findings related to crashes, but the footage has not been shared publicly. We can only imagine the barrage of YouTube videos publicizing the good and the bad that owners are capturing in their Tesla vehicles. It will be interesting to see exactly how the dashcam feature works and what specific access owners have.