No Mercedes, but a great value.

Of all the new Chinese automakers that have popped up in the past few years, none seem as promising as Nio. Now, famous former Formula One driver Nico Rosberg has dropped by its headquarters in Shanghai, China to kick the tires of its all-electric EP9 supercar and take its flagship ES8 SUV for a spin. Luckily for us, he brought a camera crew along and shared the experience. 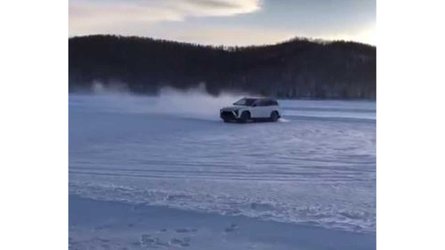 First, a quick look at the startup's short history. After originally grabbing our attention by getting involved with the Formula E under the NextEV branding, it has since re-introduced itself to the world with its current much-more-palatable name. Under the Nio flag it set two records with the EP9 — the all-time fastest lap of the Nurburgring and the fastest autonomous top speed (160 miles per hour!) at the Circuit of The Americas in Austin, Texas. It launched the ES8 SUV in China late in 2017 and has recently filed for a U.S. IPO that could raise $2 billion.

But back to this Shanghai adventure. Sadly, Rosberg doesn't get to take the EP9 carbon fiber rocket out on the streets, but he does get comfortable in the driver's seat and give his impressions: "It feels like being in an F1 car, I mean, you're really lying down. Steering wheel right at the eye level. Very racy." We translate this to mean he's impressed. Interestingly, in the video's description, he also informs us the car will be "doing the Goodward Hillclimb soon," which should be an awesome event to watch.

Moving outside, Rosburg is then introduced to the all-electric SUV and tries out the foot-gesture command that opens the back hatch — a convenient feature for those times when your hands may be full. Then, it's finally time to get behind the wheel.

We don't want to spoil the video for you, but suffice to say, Rosberg seems impressed with the car, remarking that its a perfect vehicle for a family and a great value at $65,000 to boot. He does, however, bring up that it still has a few flaws, unlike a product from Mercedes, the brand for which he acts as an ambassador. Still, considering the price point, he states that he could accept some small things that are not perfect.