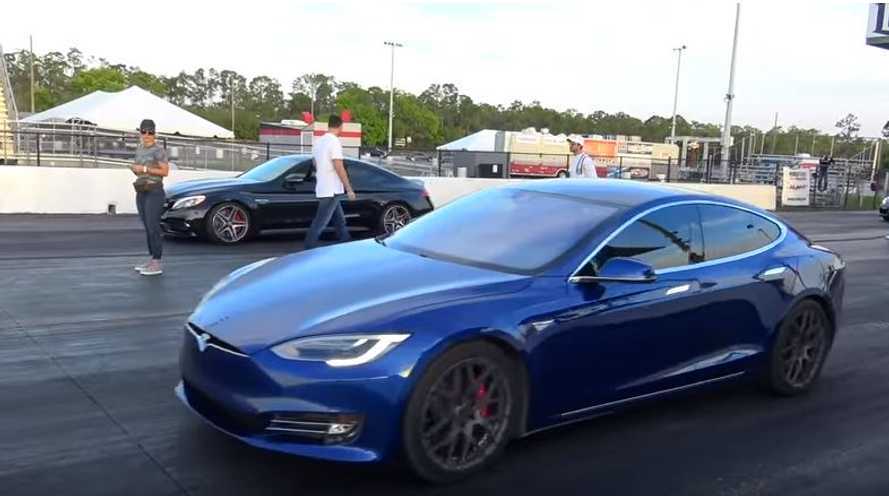 Tesla At The Strip

The Model S is wearing lightweight wheels, but has no further modifications. The Mercedes AMG Coupe isn't modified. The MB obviously jumps the gun considerably off the line. Does it make a difference? Interestingly, the cars end up with the same trap speed. Check out the video to see the final results.