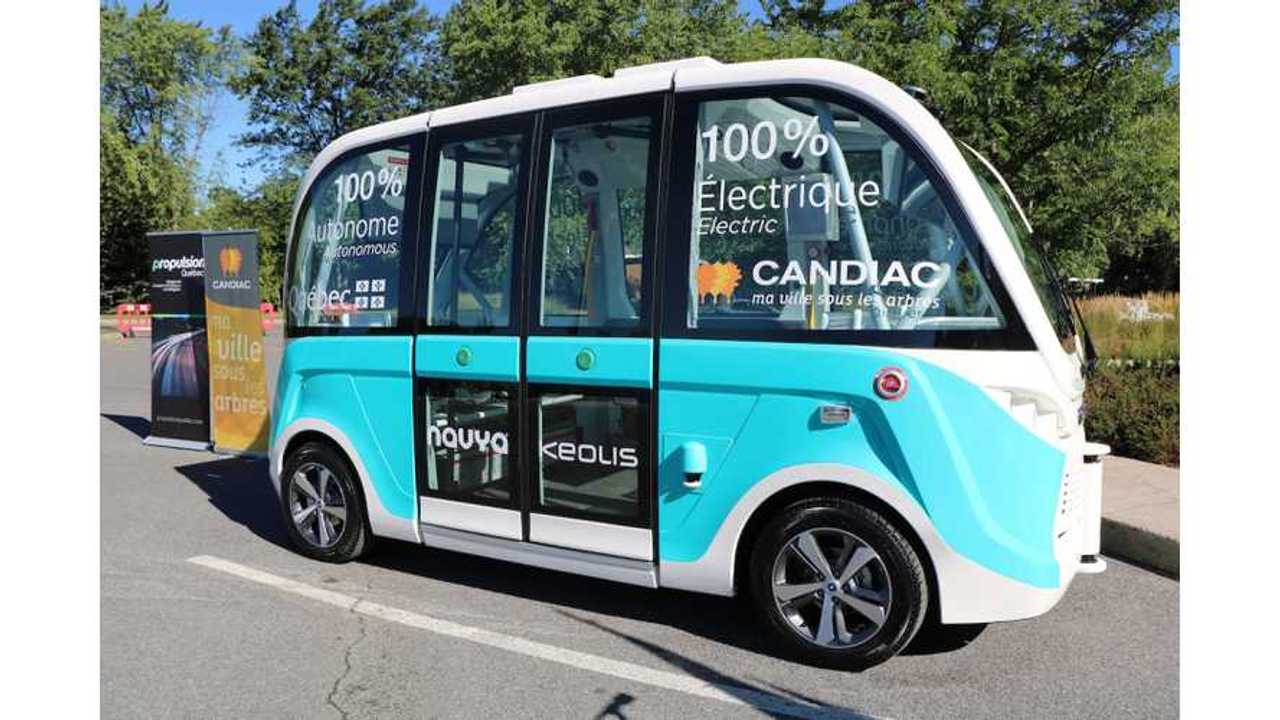 The 100% electric autonomous shuttle is to be used on public roads in Canada for the first time.

Even though there's been some less than positive news regarding electric vehicles coming out of Canada lately, there is, at last, some positive movement regarding eco-friendly motoring up north. For the first time in history, a 100% completely autonomous electric shuttle is going to find its place on the public roads in Canada. The City of Candiac, Québec will host a long-term demonstration project for a battery-powered autonomous shuttle.

Slated to be used on public roads for the first time in Canada, the project is set to provide citizens with free transportation between the park-and-ride lot and André-J.Côté Park. The shuttle will be making its way along the Montcalm Boulevard North, stopping at the City Hall, the Chartwell Le Montcalm senior's residence and several other businesses.

May Mobility and Magna To Launch Self-Driving Shuttles In Detroit

The demonstration is made possible thanks to the municipality’s involvement, but also, with help from the transportation company Keolis Canada, manufacturer NAVYA, the financial support of the Québec Government and the collaboration of Propulsion Québec, la Grappe industrielle des véhicules électriques et intelligents du Québec and Technopôle IVÉO. The project has two goals: first, to provide additional transportation options to the citizens of Candiac in underserved areas, and second, to contribute to the evolution of autonomous transport technology.

The battery-powered shuttle has a capacity of 15 passengers. Its maximum operating speed is that of 25 km/h (15.5 mph). While fully autonomous, the shuttle will have an operator present at the wheel for the duration of the project. While the most important aspect is to answer any questions the riders may have, the operator is also there to take full control of the vehicle if the situation requires it. The shuttle is set to run throughout the Fall, ceasing operations when harsh winter conditions take over. Then, a test phase without any passengers is set to commence shortly, helping evaluate the shuttle’s performance during the winter season.