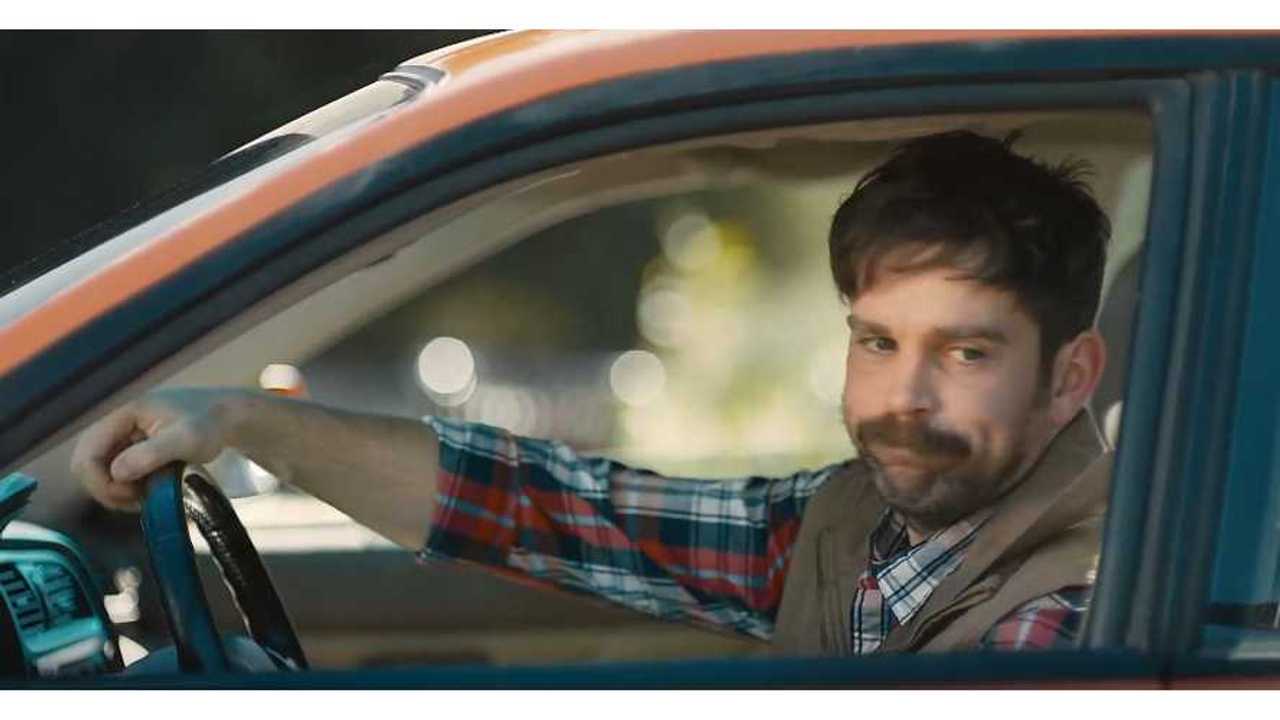 Volkswagen's Electrify America, besides its major task of building charging infrastructure, as part of its $2 billion effort to advance zero-emission adoption, launched an educational campaign to raise EV awareness called Plug In To The Present.

It's the first such campaign from Electrify America that will kick off with national TV broadcasts, radio, and a website Plug In To The Present. The website briefly describes EV cost, range, time of charge, performances, charging point locations, EV models on the market and even hydrogen models.

The first advertising spot is entitled “JetStones” and is related to Hanna-Barbera cartoons, “The Jetsons” and “The Flintstones”, which represent the future and the past of automotive (electric cars and internal combustion engine cars).

The brand-neutral video presents several electric cars, an Electrify America fast charging station (there is currently eight opened) and a demonstration of the EV acceleration from stop lights compared to a surprised driver in a gasoline car.

"When you’re behind the wheel, are you a Jetson or a Flintstone? Check out this cool commercial to learn why electric cars aren’t just a thing of the future — EVs are here today. They’re fast, quiet and fun to drive! Say goodbye to the Stone Age. Switch to an electric vehicle today!"

"The advertising spot, titled “JetStones,” aims to broaden consumer awareness of the advantages and availability of electric vehicles, plus a growing network of EV fast chargers in metropolitan areas, along highways, and in communities at workplaces and multiunit dwellings.

Using the theme songs from two popular Warner Bros.’ Hanna-Barbera cartoons, “The Jetsons” and “The Flintstones,” in the television and radio commercials, the campaign is a playful take on the transition of personal transportation from the Stone Age to the reality of electric vehicles available today. The advertising spot features electric vehicles from six different car manufacturers to showcase a wide variety of EVs available in today’s marketplace.

“Electric cars are not something of the future, they are here now and more accessible than many people know,” says Richard Steinberg, senior director, green cities, marketing and communications, Electrify America. “The JetStones campaign is just the beginning of our work to educate and demonstrate that electric vehicles offer a full array of features that customers expect, and they are totally fun to drive.”

The brand-neutral campaign, developed with creative agency Deutsch, will run nationally through June 2019. The national advertisement was directed by Matt Piedmont, an award-winning film director and writer. The TV commercial was developed, cast, filmed and produced in Southern California.

“This is the first expression of a new movement to break down myths about electric vehicles,” says Guto Araki, EVP, executive creative director at Deutsch. “We tapped into iconic theme songs from the fan-favorites ‘The Flintstones’ and ‘The Jetsons’ as a way to connect the past to the present, and to send the message that the future is electric.”

The campaign, which features the national TV and radio spots, is part of a $45 million education and public awareness initiative. Electrify America, a subsidiary of Volkswagen Group of America, is investing $2 billion over a 10-year period in Zero Emission Vehicle (ZEV) infrastructure and awareness."