UK Publishes Strategy To Electrify By 2040, But Not Ban ICE Cars 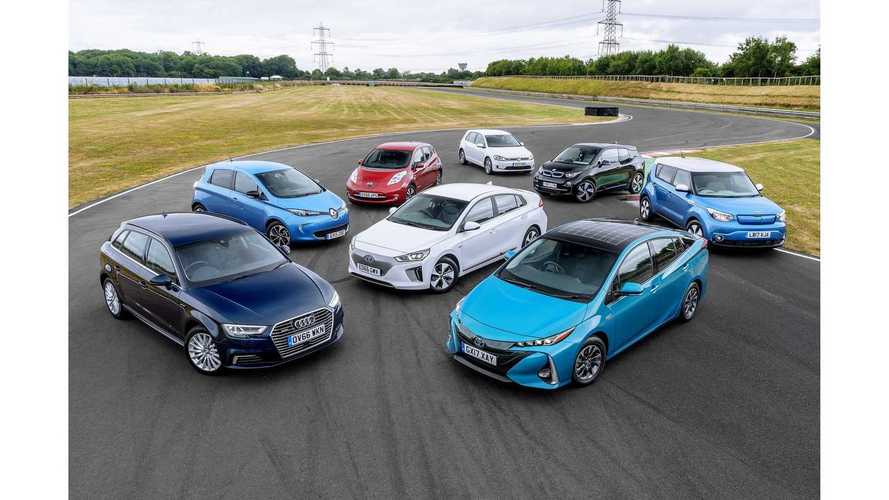 A year ago, the UK government announced a somewhat vague plan to phase out petrol-powered vehicles by 2040. Recently, the country’s Department for Transport (DfT) released a detailed 46-point strategy to manage the transition.

Above: UK has plans for an electric vehicle future (Image: Charged)

The Road to Zero includes a wide-ranging series of initiatives to encourage cleaner cars, including: measures to improve enforcement of existing ICE emissions standards; extension of the existing Plug-In Car and Van Grants in some form until at least 2020; £246 million in research funding for next-generation battery technology; and a dozen different initiatives, with £400 million in funding, to expand charging infrastructure, including plans for new lampposts to include charging points.

However, the new plan walks back on the previous talk about an outright ban on ICE vehicles. By 2040, the government “expects the majority of new cars and vans sold to be 100% zero emission and all new cars and vans to have significant zero emission capability.” As most observers parse the legalese, this means that non-hybrids and conventional hybrids would be out, but PHEVs would still be permitted.

Above: Electric cars may soon be taking hold in the UK (Instagram: ecar_rent)

According to the Committee on Climate Change, a government watchdog group, “a lack of clarity over the stated aim to end the sale of conventional cars and vans” could allow sales of plain hybrids and short-range PHEVs after 2040. The DfT further muddied the waters with a statement suggesting that sales of hybrids would not be banned.

The CCC also criticized the government for failing to address the skyrocketing demand for SUVs, which is currently more than canceling out the emissions savings delivered by the growing numbers of plug-in vehicles (many countries are facing the same problem).

Above: Tesla Model S bringing through the streets of London (Image: EV World)

Despite the criticism from the CCC and various environmental groups, Chris Grayling, MP and Secretary of State for Transport, struck an upbeat tone about the plan: “We expect to see more change in the transport sector over the next 10 years than we have in the previous century. Petrol and diesel vehicles have dominated the market…but change has arrived. The transition will mean fundamental changes to the global automotive market, worth over £1.5 trillion a year, and new opportunities for the UK.”