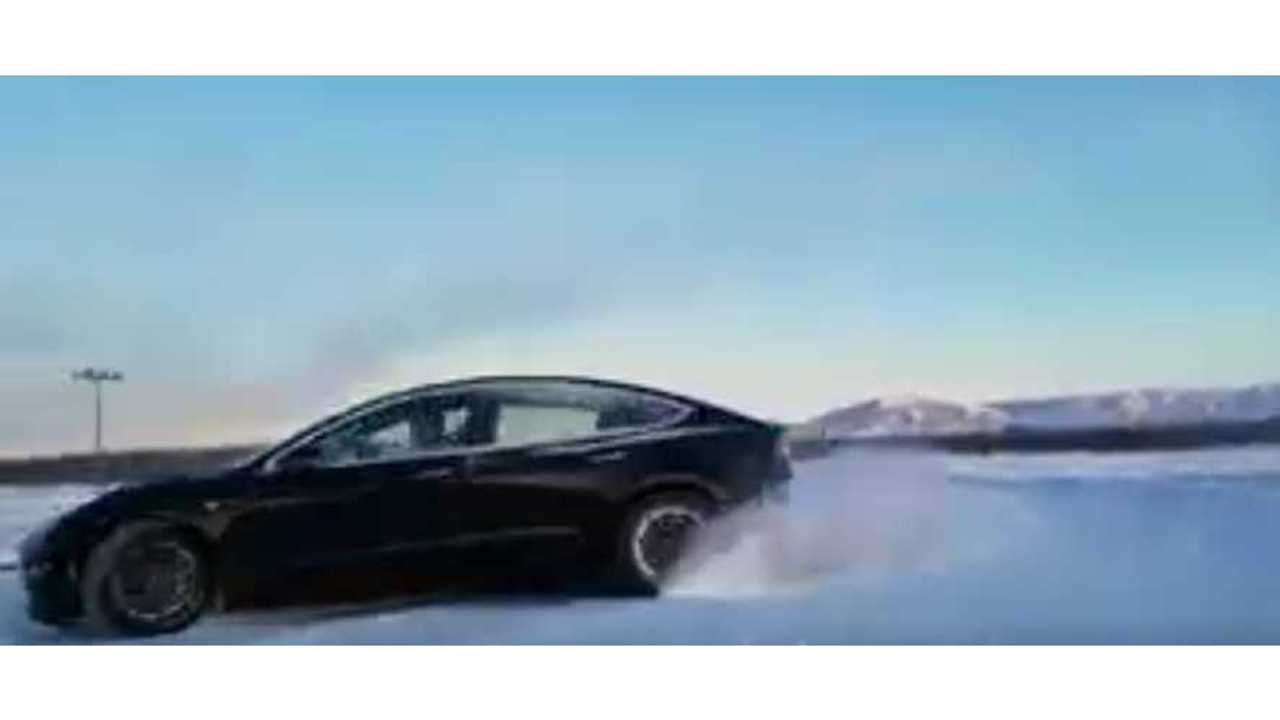 Baby it's cold outside.

At least it is in this part of Alaska where Tesla says it's testing the Model 3 Performance.

Sliding sideways on the snow is always exhilarating. Especially if you happen to be in an all-wheel-drive monster like the Tesla Model 3 Performance.

Ingineerix Takes Us Inside A Tesla Model 3 Body Controller

Check out this brief video, just released moments ago, featuring the Model 3 Performance strutting its stuff in the snow:

The dual-motor, all-wheel-drive Model 3 Performance delivers 450 horsepower and 471 pound-feet of torque at the wheels. Tesla says it hits 60 mph in 3.5 seconds, though we've seen that metric achieved in less than 3.2 seconds.

As for the ability to slide in the snow, that's likely achieved by activating Track Mode, which detunes some of the stability control and traction control systems to allow for slip in situations where such action is preferable.

Additionally, the Model 3 has much-improved cooling, compared to say the Model S, which allows for the use of this Track Mode for extended periods without the same overheating risk the S succumbs to out on the track.