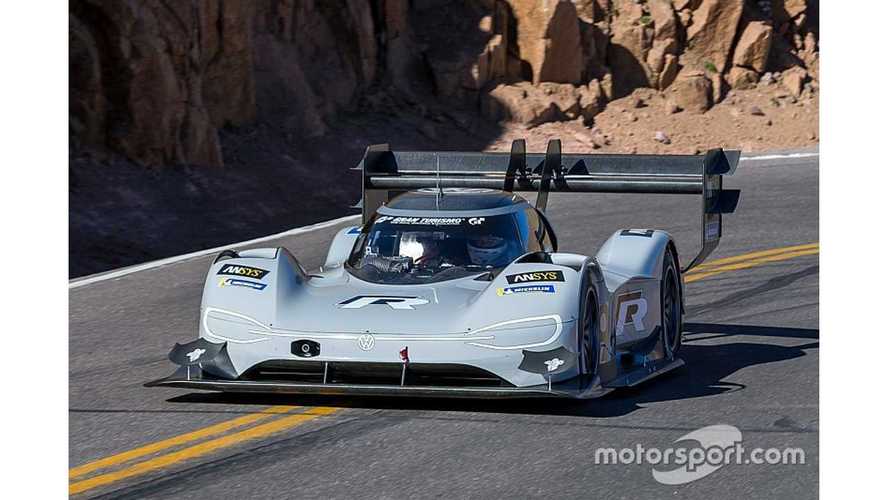 Volkswagen’s Romain Dumas says the challenge of Pikes Peak Hillclimb eclipses every other event he’s contested – including the 24-hour races at Le Mans, Spa and the Nurburgring.

Speaking on the eve of the 2018 event, Dumas is bidding to drive his VW ID R prototype to the electric vehicle record at Pikes Peak, which is currently 8m57.118s set by Rhys Millen in 2016.

Dumas came to Colorado directly from Le Mans, and says the one-shot nature of this event – where each competitor is only allowed one run on the 19.99km course with no second chances – makes it the most difficult driving challenge on the calendar.

“This is Pikes Peak, at the end of the day I always say it’s the hardest race,” said Dumas. “Even compared to Le Mans, Nurburgring or Spa, whatever, even some rallies, even the Dakar – because you cannot recover from any issue. It’s a lot of pressure.

“It means you have to have the perfect run. It’s my sixth time here, but you only have one chance each year. I’m looking at a lot of video and data, to see where I can gain, what I can do – the challenge is very high.

“We are ready, anyway. We’ve had a perfect week. We’ve gone step by step, the car is very fast, and we’ll see what happens on the day.”

Dumas set the fastest time in qualifying, and his pace over the three sectors in practice – which are run separately – have suggested he could beat the outright Pikes Peak record of 8m13.878s set by Sebastien Loeb in 2013.

“I always said the best car for Pikes Peak would be electric,” said Dumas. “You have to fight against losing power, brakes and downforce , but you don’t lose power with this car.

“I’m in love with this race, the mountain is so beautiful. It’s a kind of Nordschelife, but for sure with even more risks.”