Maybe its time to revise the federal EV tax credit

According to a research study performed by the Case Western Reserve University, going green could mean totally different things in different areas. The study finds that the "green" value of EVs can vary greatly across the United States.

The researchers used indicators such as climate differences, sources of electricity production used to charge EVs and the distance these vehicles are driven each day. They even go as far as recommending the states scrap the standard $7,500 federal incentive to buy electric vehicles in favor of a sliding scale favoring states where EVs least harm the environment. We're not convinced this is a wise move though. 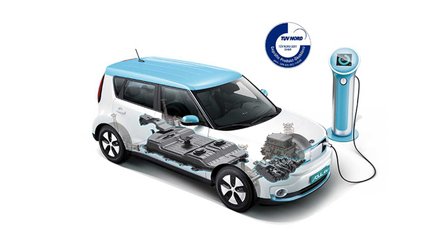 Agency Warns Of EV Investment Pile Up Of Epic Proportions

Furthermore, according to Chris Yuan, the lead researcher on the study ad and associate professor in Mechanical and Aerospace Engineering at Case Western Reserve, the environmentally friendly EVs are as good as an alternative to fuel-burning vehicles depending on where you live.

“EV batteries degrade so differently in each state that the battery life and the greenhouse-gas emissions should both factor in EV incentives,” Yuan says in a statement. This research provides the facts for our policymakers to think about the strategies to do it better,” he says. “It may not be a good option to offer the same financial incentive to EV drivers in all states.”

The study, published in the journal of Nature Communications, reveals how EVs sometimes can contribute as much in greenhouse-gas emissions (GHG) as their ICE (Internal Combustion Engine) counterparts. Naturally, for EVs, the contribution is done indirectly. For example, if a state provides its citizens with electricity produced mostly from burning fossil fuel, the EVs damage the environment through the electricity it consumes from its batteries. The research finds that not all EVs will have desired results in all U.S. states.

In some states which rely heavily on coal or natural gas to produce electricity, recharging the EV's batteries produces more GHGs. On the other hand, when you recharge the batteries of EVs in states that rely mostly on electricity produced from a large share of hydropower or renewable energies - such as solar and wind-powered plants - this results in less greenhouse emissions.

The study even calculates how warm weather impacts the EV's batteries. Warmer climates produce an effect in which the EVs are driven more. This, in turn, necessitates more frequent recharging, which gradually increases the energy each EV consumes, further pushing the emissions of greenhouse gases. Even more, the researchers developed advanced mathematical models that allow them to quantify the battery degradation. In turn, this allows them to uncover additional effects this has on energy consumption and overall greenhouse gas emissions produced by a midsize electric vehicle in an average driving scenario across all 50 states.

Furthermore, the researchers factored in several additional technical and environmental parameters for the vehicle operations. These range from hourly ambient temperature to average driving distance. In turn, this allows them to better predict the lifespan of a typical battery pack. The findings are quite interesting: the life expectancy of an average EV battery ranges from about five years in Florida to more than 13 years in Alaska.

Finally, the study reveals that greenhouse emissions from EV operation vary substantially from state to state. For example, in Vermont, an average EV emits 18.7 lbs. (8.5 kg) of greenhouse gases per year, while in Indiana, the same EV emits 5,654 lbs. (2,570 kg) - when the battery is brand new and operating at full capacity. Interesting findings, to say the least.

With president Trump backing down from the Paris Agreement and this administration's general bias view towards ICE vehicles, whether this tax credit overhaul will ever actually happens is still unclear. Several car makers - like Tesla and GM - are also already closing in on the EV tax break, this might not be as important as it once was.

Furthermore, states like California are already eying a move to decouple its regulations from that of the federal government. This would allow them to fine-tune laws and regulation, making for a more future-proof EV tax credit after all. This could also mean that other states could follow California’s lead, making their own local tax incentives and subsidies, better catered to their local needs.