A prudent business decision or just another case of the blind leading the blind?

There are more pessimistic predictions about the future of electric vehicles coming from Lexus Boss, Yoshihiro Sawa.

In his most recent interview with AutoCar, Sawa cautioned carmakers against putting too much emphasis on fully electric powertrains. He warns that such business decisions might be bad for business, as such powertrain systems simply can't satisfy the needs of all drivers. While we find this hard to believe, Sawa is, after all, the head of a major luxury carmaker and his words need to be heard. 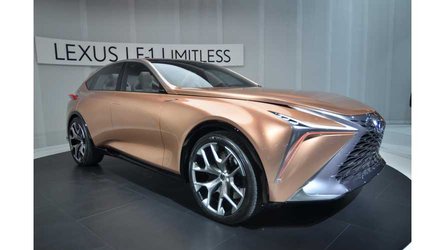 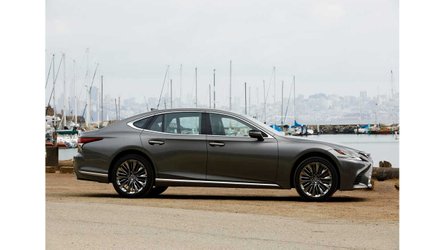 However, it's interesting to see that both Lexus and Toyota (its parent company) are yet to fully dive into the field of battery-powered vehicles. After all, it was Toyota that ventured into the field of hybrid powertrains as the first among the world's biggest carmakers.

But unfortunately, in recent years, the Japanese carmaker seemingly did little to venture into the field of fully-electric powered vehicles and powertrains. Hence, it's no wonder that Sawa, in his interview with Autocar, warns about the environmental impact of such cars.

“Our philosophy is to provide freedom of movement, so we have to develop technology on all fronts. We understand that electric is very necessary, but we can also see that full EV will not suit everyone. You can’t make an electric Land Cruiser work, for instance, and there are people in remote parts of the world whose lives depend on that car. EVs currently require a long charging time and batteries that have an environmental impact at manufacture and degrade as they get older. And then, when battery cells need replacing, we have to consider plans for future use and recycling. It's a much more complex issue than the current rhetoric perhaps suggests. I prefer to approach the future in a more honest way.”

This approach was demonstrated to the public earlier last year, thanks to the Lexus LF-1 concept. The vehicle allows the manufacturer to utilize electric, fuel-cell, hybrid and petrol powertrains. But, creating just a prototype in 2018, with no real goal set for a production reveal, might simply be a case of burying your head in the sand.

With Tesla, several Chinese manufacturers and even old school players like Porsche, Mercedes-Benz, and Jaguar, all infusing loads of R&D money into the battery-powered vehicles (with actual production models set to hit the showrooms in the next 2-4 years), it's becoming more and more evident that Lexus may already be falling behind.

Truth be told, the interview that Lexus Boss, Yoshihiro Sawa gave to the publication reveals some worrying details about the future of the brand. It's becoming more and more evident that the current Lexus leadership is going against the grain, shunning away from both full electrification and autonomous driving. Whether that's a prudent business decision or just another case of the blind leading the blind still remains to be seen.

You can read the entire interview for AutoCar, right here.