EVgo To Develop A Statewide Charging Network In Virginia 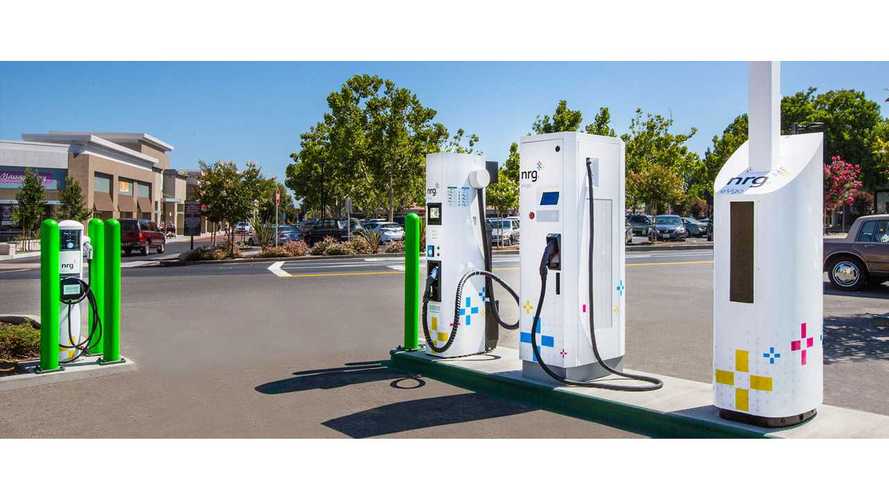 The Virginia Department of Environmental Quality (DEQ) selected EVgo to grant a contract to develop a statewide public fast-charging network.

Virginia decided to use $14 million in funds from its share of the Volkswagen mitigation settlement (a maximum of 15% out of $93.6 million from the settlement can be spent on charging infrastructure).

The press release doesn't say how many charging stations are to be built, but it should be enough to noticeably improve the situation there.

EVgo operates more than 1,000 fast chargers in 34 states. With more than 75,000 customers company provided more than 1 million charging sessions in 2017.

"This contract is awarded from funding that the Commonwealth was allocated through the Volkswagen mitigation settlement, and it will serve as a forward looking program that will help to meet driver needs as electric vehicle adoption rates continue to increase.

Maximizing the state’s investment, EVgo will develop a statewide charging network that prioritizes DC fast chargers to adapt to the rapidly evolving technology of the electric vehicle market. The network will prioritize some of the most heavily traveled corridors in the Commonwealth and will complement existing charging stations and other large-scale deployments of charging infrastructure underway."

"DEQ issued a request for proposals last September to establish a statewide EV charging network as part of the Volkswagen emissions testing settlement. DEQ is the designated lead agency acting on the state’s behalf as beneficiary to implement Virginia’s allocation of $93.6 million from the settlement. The settlement allows states to use a maximum of 15 percent of their total allocation for electric vehicle charging infrastructure, which represents approximately $14 million."

"Based out of Los Angeles, EVgo is the nation’s largest owner and operator of public EV DC fast-charging stations with more than 1,000 stations in 34 states across the United States, including stations in Virginia. DC fast charging can deliver a range of 60 to 80 miles for every 20 minutes of charging.

EVgo is using two Virginia-based contractors to help develop the electric vehicle charging network. The network will be developed over three (3) one (1)-year investment cycles. EVgo will also open a service center in Richmond that will allow for rapid deployment and maintenance support of Virginia’s statewide charging network and encourage local job growth."

"Virginia is also filing today the Beneficiary Mitigation Plan with the Volkswagen trustee, which contains all eligible mitigation actions or project categories that the Commonwealth of Virginia plans to fund with the $93.6 million, including the $14 million electric vehicle charging network."

“Virginia is taking a leading role to develop and deliver a statewide electric vehicle charging network that is driver-focused, user-friendly, and promotes electric vehicle usage. Through this partnership with EVgo, Virginia will accelerate electric vehicle adoption, generate more private investment in electric vehicle technology, and help provide citizens in the Commonwealth with cleaner air.”

“Especially given the Trump Administration’s proposal to roll back vehicle fuel economy standards, we cannot build out our electric vehicle support system soon enough. Accelerating the adoption of electric vehicles is a critical step to Virginia’s efforts to fight climate change by doing our part to curb pollution.”

“EVgo is thrilled to win a competitive bid to dramatically expand the electric vehicle charging network in the Commonwealth of Virginia. Thanks to Governor Northam’s leadership, Virginia is already a clean energy leader, and EVgo is excited to invest our private capital alongside the nation’s first deployment of Appendix D Volkswagen settlement funding.”