Taking the Tesla Model 3 beyond its top speed is a salty experience (as well as exhilarating).

We don't know about you, but we might hesitate to choose this particular "course" for testing the top speed of a new Tesla. It's surely a nice wide open space in which to floor it without reservation, but all that salt! We're talking about the Bonneville Salt Flats in Utah, which is where owner Michael Striker took his new Model 3 for a nice jaunt. 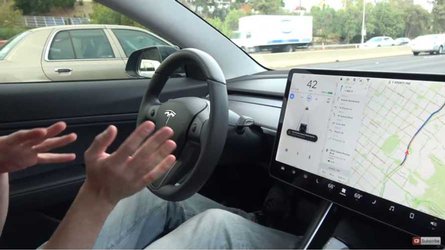 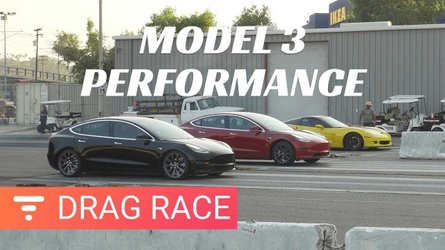 We've seen many a video of the Tesla Model 3 showing off its instant torque, as well as its ability to tackle a twisty track. However, owner accounts of its top speed are more limited, since it's not something that is easy to achieve on a short drag strip and it's against the law in most other areas ... not to mention unsafe. The salt flats are a top choice for many people for such a test, due to the expanse of space and lack of obstacles. When the Model 3 hits Europe, we'll surely see all variants put to the test on the Autobahn. Until then, Striker's videos do the trick.

Striker attempted to hit the top speed on another occasion, but backed off, likely due to apprehension. On another run, he easily hit the car's advertised top speed of 140 mph (below). Striker built up some courage for the most notable run and took the car beyond its cap. He hit 142 mph before letting up, but it happened with ease and the car could have gone faster. Keep in mind that this is a factory-spec Model 3 with aero wheels and no modifications.

I was able to reach a top speed of 142 mph in my Tesla Long Range RWD Model 3. The spec for this EV is 140 mph, so I was pleasantly surprised as it passed 140 mph with ease. Performed run on the Bonneville Salt Flats in Utah on 8/6/18. Truly a nerve racking and exhilarating experience!

Below is one of Striker's other attempts: