Bjorn Takes To The Skies In The Pipestrel Electric Airplane 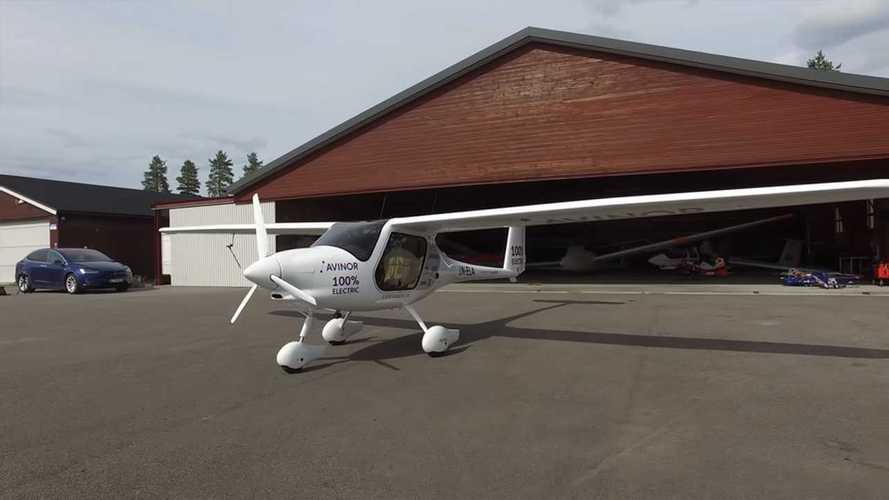 Electric airplanes may still be in their infancy, but Pipistrel has been working at making battery-powered flight a reality for more than a decade now. It now offers electric versions of two light-sport aircraft (LSA) models, the Taurus Electro and the Alpha Electro. Some flight time in the later by electric vehicle YouTuber Bjorn Nyland has us pretty excited by the pair of videos that were produced as a result.

The first bit of footage starts out with our EV hero getting situated in one of the two seats and the pilot going through a pre-flight checklist. Soon it taxis out to a runway, but has to wait a few minutes for some parachutists to clear the area before it can take off. It's here that we get some explanation of the instrumentation of the small plane. For example, the motor, inverter, and battery temperatures are all monitored separately and a ton of other parameters regarding the battery pack are available at the turn of a switch.

Finally, the craft makes its way down the runway, lifting off at about 47 knots (54 miles per hour). Once they gain a bit of altitude, the pilot lays off the throttle and Nyland remarks at the relatively low amount of energy — around 24 kW — needed to maintain a speed of 74 knots (85 mph). A short time later and the numbers look even better: 21 kW for 88 knots (101 mph). For comparison's sake, the passenger remarks his Tesla Model X would use way more energy to achieve the same speed (55 kW, we are informed by numbers added in editing).

The flight continues, making some low passes over the airfield and slightly dramatic turns, using up more energy than a "normal" flight. Though it appears to have only lasted about seven minutes, 19 percent of the battery was used. The pilot explains they used more energy than they normally would because of all the maneuvers.

Nyland clearly enjoyed the experience, and to be honest we certainly had a good time watching his production. We were excited, then, to learn there was another video made from the trip. This one (below) features Nyland with the plane and its pilot securely on the ground, along with a technician trained at Pipistrel's facility in Slovenia. Here, we learn the plane is similar in cost as the gas-powered version, about $210,000, though it has a lot less maintenance.

We highly recommend making the time to enjoy these two videos for yourselves, and look forward to seeing more advances in electric flight soon. It seems the future might very well be electric on the flyways as well as the highways.  At least, we can only hope.