As anticipated, we imagine we'll be seeing a whole slew of these videos soon enough.

The other day, we shared the first Tesla Model 3 Performance versus Model 3 Long Range drag race video. Obviously, there are probably many more out there, but the one that Ben Sullins published was the first that we shared. Now that the floodgates are open and more people are taking delivery of the new Performance variant, this matchup will surely become commonplace. 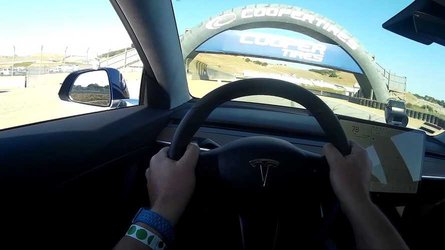 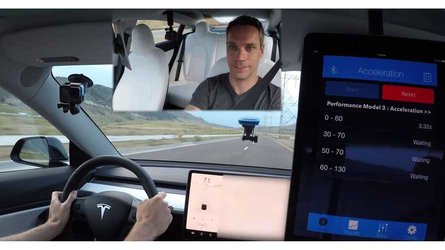 We're talking about a dual-motor, all-wheel-drive Tesla Model 3 taking on the single-motor, rear-wheel drive version, which was the first Model 3 produced and sold to the public. The dual-motor sedans just started production not long ago and deliveries began at the end of July. In the near future, once Tesla begins delivering the non-performance dual-motor vehicles, there's no doubt will see that version added to these races.

Why is this such a big deal? It really isn't, since we know the results before the race even starts. However, there are hundreds of thousands of people across the globe waiting for their new, more affordable Tesla. Many have yet to determine which version they are going to purchase. To many, it's very important to see these Model 3 variants compared in as many ways as possible in order to help them make an educated decision.

Are you a Tesla Model 3 reservation holder? Is the quicker acceleration worth the extra money? Which Model 3 do you plan to buy? Let us know in the comment section below.