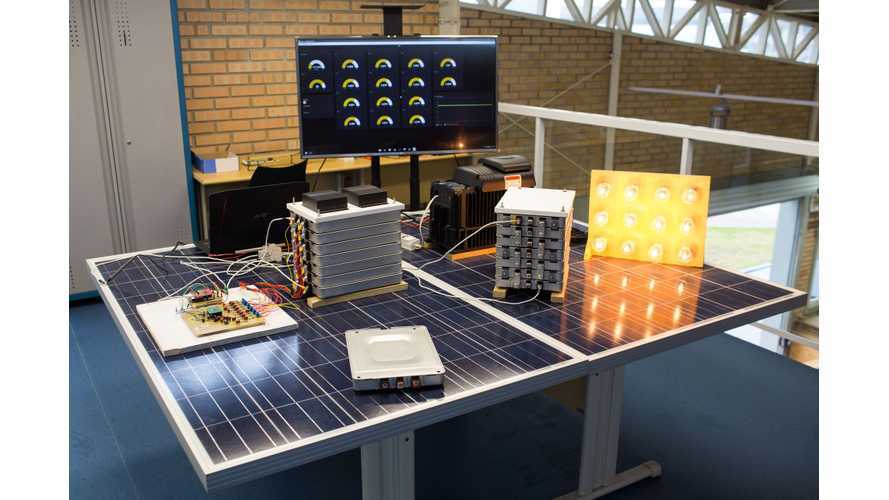 Nissan Brazil enters a partnership with the Federal University of Santa Catarina (UFSC) to test solutions and future applications for used EV batteries.

As a first step, UFSC will get six LEAF battery packs from first-generation cars, that were used in 2012-2016 as taxis in São Paulo and Rio de Janeiro.

The two base areas of ESS utilizations are energy storage for buildings and also for solar installations.

It will be interesting to see whether Nissan will find applications for LEAF batteries in Brazil. So far this huge country hasn't even appeared on the radar of EV sales stats.

"The event to formalize the agreement was held at the UFSC Photovoltaic Laboratory (Center for Research and Training in Solar Energy) in the city of Florianópolis. Attending the event were the president of Nissan Brazil, Marco Silva; the provost for research at the institution, professor Sebastião Roberto Soares; and professor Ricardo Rüther, coordinator of the UFSC Photovoltaic Laboratory.

Future agreements (following the memorandum of intent) will allow Nissan and the UFSC research group to test second-life applications for batteries from EVs. Nissan will initially supply the UFSC with six Nissan LEAF batteries, which were used in taxis in São Paulo and Rio de Janeiro as part of a special company project from 2012 to 2016."

"One of the main lines of research for this partnership is to study the potential of EV batteries in energy storage systems – which Nissan calls Xstorage Buildings worldwide – to generate and collect power independently from the conventional grid. Considering the average residential electricity consumption in Brazil (170kWh/month; 5.66kWh/day), stored energy in a single battery could keep a household running for approximately three days.

Solar power storage is another research line that will be tested. One of the first applications being planned by researchers will be installed onto the building of the UFSC Photovoltaic Laboratory itself. The electricity generated throughout the day via solar panels on the laboratory's rooftops will be stored in a set of Nissan LEAF batteries. Then, the stored energy can be used during the night, when electrical fees are most expensive."

"Worldwide, Nissan has been forming partnerships with the purpose of integrating electric vehicles with society and promoting electric mobility. Upon removal, the batteries retain a high charging and supply capacity. In Brazil, joint efforts alongside researchers of the Federal University of Santa Catarina will be essential for testing the batteries' full potential."

"This partnership with Nissan is very important for our laboratory because it will allow us to unite the two pillars of our research, which are electric mobility and energy storage. We are excited about the wide array of possibilities to repurpose these batteries."