Next-Gen BMW i8 Might Get 4-Cylinder To Replace 3: Power Bump Expected

While everyone was hoping for an all-electric powertrain, it seems the bosses in Munich wanna stick with a hybrid setup

The BMW i8 is one of those cars that screams future is now from every facet of its being. And anyway you may look at it, the car is a futuristic design masterpiece. Simply put, the i8 excites everyone from the young motoring fans to the die hard petrolheads. However, we all have that what could have been thought running through our minds when we see it. After all, the vehicle should have been an all-electric battery-powered beast from the get-go ... and all would be well in the car world. But, since the shot callers at that fancy building in Munich had other ideas, the hybrid sports car that looks better than it goes, is what we all got.

More about the BMW i8 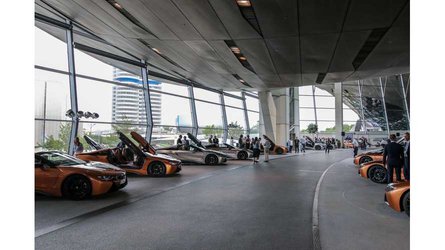 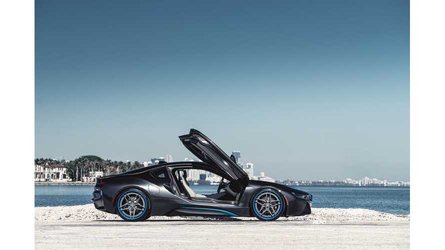 Even in the last few years - and mind you, the BMW i8 was revealed back in 2013 at the Frankfurt Auto Show - BMW didn't really devote much attention to it. Certainly, it received an open-top Roadster variant, some slight bumps in battery capacity and electric motor power levels, but beyond that, not much else have changed. However, that might change in the near future.

According to the BMW Blog, the next generation of the BMW i8 is set to receive an upgraded powertrain. While there is no all-electric version in the works - again -  the vehicle will definitely get a bit more power and torque. The information in question was revealed in a print edition of AutoExpress, stating that the revamped i8 would deliver 450 horsepower when revealed. In order to accomplish the task at hand, BMW would have to swap the current 228 horsepower 1.5-liter turbocharged three-cylinder engine with a more powerful 300 horsepower 2.0-liter four-cylinder petrol engine. Clearly, in today's world, nothing to brag about but we'll take it.

On the other hand, if BMW is to conquer the high-performance hybrid world, the 450 horsepower powertrain solution simply won't cut it. While the looks of the BMW i8 are overwhelming, the performance aspect is on the opposite side of the scale. But, with so much interested from the general public directed in the i8's direction, we'd be very surprised if the Bavarian carmaker doesn't reveal the second-generation of their hybrid high-performance machine in the near future. Whether it arrives with a significant power bump or an all-electric powertrain, still remains to be seen.