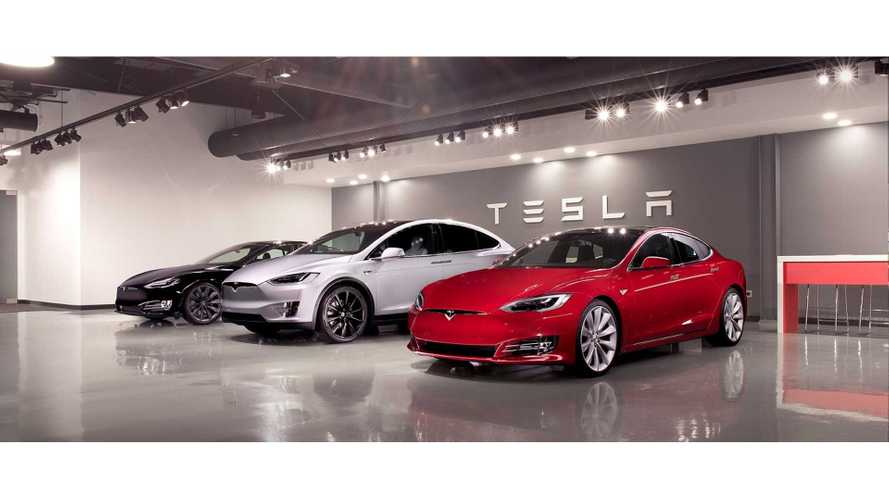 With one tweet, Elon Musk sent Wall Street into a frenzy: "Am considering taking Tesla private at $420. Funding secured." According to Marketwatch, "The tweet was the Wall Street equivalent of yelling fire in a crowded theater when there isn’t even any smoke." The stock shot up 8%. Then, Nasdaq halted all trading of Tesla shares. Trading resumed again and the stock closed up 11% leaving Tesla's short sellers losing $1.3 billion in mark-to-market losses.

Earlier in the day, Financial Times reported, "Saudi Arabia’s sovereign wealth fund had taken a $2bn stake in the electric carmaker." The Saudi fund approached Elon Musk about buying newly issued shares but it was reported that Tesla had declined. Instead, the Saudi fund quietly scooped up Tesla shares in secondary markets with the help of JP Morgan. Hmmm.

So if funding is secured to take Tesla private — who'd be involved in this massive buyout? Reuters speculates, "The most obvious equity partners for Musk would be a sovereign wealth fund such as Saudi Arabia's Public Investment Fund or major technology investment funds such as SoftBank Group Corp's Vision Fund, bankers said. China's Tencent Holdings, which took a 5 percent stake in Tesla last year, is another possible partner."

A Tesla buyout would break previous records. According to Bloomberg, "Musk’s tweet that funding was secured to take the electric carmaker private at $420 a share would equate to an enterprise value of about $82 billion including debt. Granted, Musk owns nearly 20 percent of the company, so about $66 billion would be necessary to complete the transaction. That would exceed the largest leveraged buyout in history."

Above: At $420 a share, a Tesla buyout could cost upwards of $72 billion, excluding debt (Source: Marketshare)

The Wall Street Journal also weighed in: "One theory is that Mr. Musk is trying to flush out a strategic buyer with ready cash (Google or Apple?)" Don't forget — in Ashley Vance's biography on Musk, he writes that in 2013, Elon had "proposed that Google buy Tesla... Page accepted the overall proposal and shook on the deal." It never happened, but, could a similar deal be back on the table?

In the past, Musk has been vocal about his preference that Tesla be a private company. He even told Rolling Stone last year, "I wish we could be private with Tesla... It actually makes us less efficient to be a public company.” That said, his latest comments have sent shock waves through Wall Street.

Musk admitted yesterday in a blog post: "we are subject to wild swings in our stock price... enormous pressure on Tesla to make decisions that may be right for a given quarter, but not necessarily right for the long-term... as the most shorted stock in the history of the stock market, being public means that there are large numbers of people who have the incentive to attack the company."

To that end, Tesla has been the target of an ongoing smear campaign that (likely) originated from short sellers employing a myriad of underhanded tactics. Musk acknowledged this in a tweet — noting that going private, "Ends negative propaganda from shorts."

Well... not quite yet. In response to Musk's plans to take Tesla private, infamous Tesla short seller, Jim Chanos, commented on CNBC, "The short position is the best thing the stock has going for it."