Learn About The Dr. Frankenstein Of Tesla Vehicles 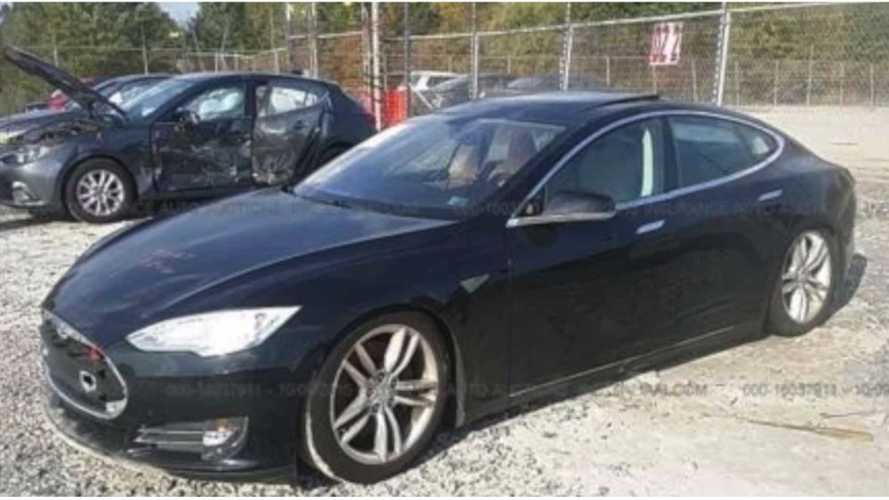 In a weedy junkyard, amid the rusting hulks of once-shiny automobiles, the “Doctor Frankenstein of Teslas” connects a pair of jumper cables from a trashed Tesla Model S to a deep-cycle battery. “We may hear some clicks,” he says. “We may hear some buzzing. The car may explode. I don’t know what’s gonna happen.”

This is a scene from a new Motherboard documentary, in which Rich Benoit explains how he salvages Tesla parts and uses them to repair cars damaged in crashes, fires and floods. In this video, Benoit takes us deep under the hood for an intimate look at Tesla’s motors, battery pack and power electronics.

Benoit was first inspired to tinker with Teslas when he went shopping for one of his own. “I was looking for a Tesla, and I thought the prices were way too high,” Benoit told Motherboard. “They start at like $80,000, which is insane. I came across one on the internet, but they said it was in a flood. I thought ‘How hard can this be? You throw it in a bag of rice.’” He salvaged a second Tesla for parts, and cobbled the two vehicles together, documenting the project in a YouTube video.

Benoit has a complex relationship with Tesla. Naturally, he’s a proponent of the “right to repair,” which holds that manufacturers shouldn’t be allowed to prevent consumers from repairing devices that they’ve paid for. In the US, only Massachusetts has a right to repair law, which requires auto dealerships to sell parts to independent repair shops. Benoit says this has helped him “a bit,” but because Tesla doesn’t have actual dealerships, he generally has to scavenge his parts from scrapyards.

Above: The story of how Rich finds wrecked Teslas and brings them back to life (Youtube: Motherboard)

Benoit loves Tesla’s cars and understands why the company wants to retain control over the quality of its products, but he hopes Tesla will eventually loosen up and allow independent shops to make repairs. “If you drive around, you’ll see a place that fixes only Saabs, or they fix only Volvos,” he says. “Places like that are so important. You have to have these little mom and pop shops that know these cars well, that’ll fix it for a decent price, so that the manufacturer can’t monopolize the repair.”

Rich has become something of a hero in the Tesla repair community, running a Facebook group that helps people sell and trade parts. He’d like to open his own Tesla repair shop, but that isn’t in the cards just yet. “I know how that ended for another set of people who tried to do that,” he said. “They shut them down within months. And Tesla doesn’t give them the tools they need.”

A Tesla spokesperson told Motherboard that customers are free to repair their own cars and that, for a fee, the company will inspect salvaged vehicles to assess which repairs are needed.

Above: A look at a salvage Tesla Model S (Image: Motherboard)

Meanwhile, back in the junkyard, Rich connects up the battery, we hear a grinding sound, and he indulges in a couple of expletives as the door handles pop out. It’s alive!