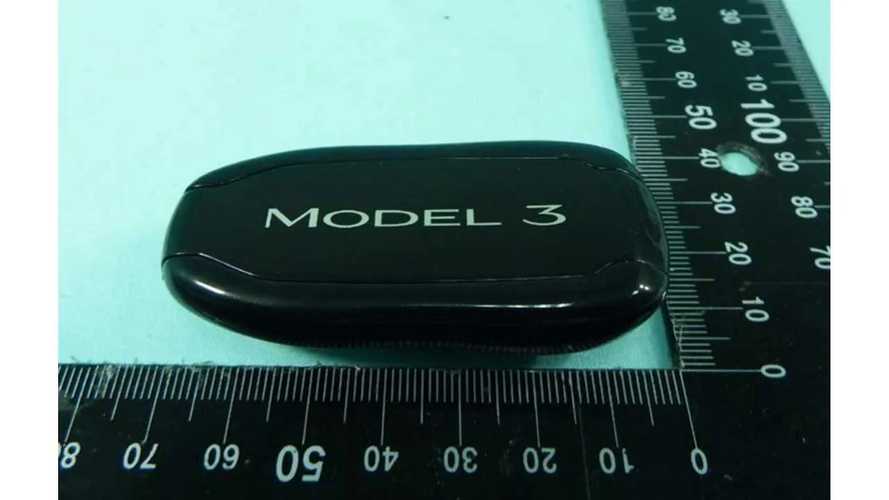 There have been hints in recent months that Tesla might be moving away from 'Phone As Key' as the primary means of entry in the Model 3.

Keyfob for the Tesla #Model3 has been confirmed! pic.twitter.com/Xl7gPW09B0

Currently, Model 3 owners have two means of unlocking their car. A user can connect their phone by Bluetooth. Or they can hold up a key card to a sensor on the B-pillar. In an ideal scenario while connected by Bluetooth, the car will unlock as you approach. As you walk away from the vehicle the car should automatically lock again. In practice, this method has proven less reliable than a more traditional key fob.

While walking around their home, many owners hear their car lock and unlock as they pass near the garage. Others have reported issues losing Bluetooth connection regularly. People have all sorts of "remedies" for getting the vehicle to reconnect. Restarting the application, turning bluetooth on/off on their phone, toggling airplane mode and restarting their phone completely generally will work. However, a car with a key fob would have no such issues.

This is not an issue specific to the Model 3. Bluetooth keyboards, mice, speakers and headphones frequently lose their connections. With a phone application, operating system, and Model 3 regularly getting software updates, issues are going to pop up on a regular basis. Android users appear to have the most difficulty keeping their phone actively connected. Dozens of Android OS variations exist, amplifying the problem. Drivers with Apple devices have reported far less issues, especially those using newer phones such as the iPhone X.

For those who would prefer a fob, relief might be on the way.

Many drivers instead use the key cards as the default. While more reliable, the key card is not particularly convenient. Removing a card from a wallet or purse and holding it up to the B-pillar is far more troublesome than a key fob.

In a video posted by Consumer Reports, reviewer Jake Fisher stated that while he found the iPhone application to be reliable enough, he was not a fan of the key cards. Having spoken with Elon Musk about the issue, Fisher quoted Musk as saying "We really need to provide a normal key to the customers of the car." Consumer Reports wrote in May:

Currently, the Model 3 does not ship with a conventional key. Instead, owners open and start it using either a smartphone app or a plastic keycard. Musk acknowledged that the keycard was difficult to use and that the automaker would consider providing a key fob to owners.

This week, Reddit users came across a filing with the FCC posted on August 6th that hints at a Model 3 fob. The last time a Tesla key fob filing was made was in 2015 at the launch of the Model X.

It is possible this new fob is simply a lower energy update to the Bluetooth fob launched at that time for the Model X and Model S. The power output on the new fob is listed as 3.8 mW to the original 7.48 mW on the X/S. If an update is coming to the other vehicles, it is a good time to launch one for the Model 3 as well.

Consumer Reports has a history of nudging Tesla into providing needed updates. Considering the issues many users have had, it seems likely an optional fob is on the way.