SunPower SolarStratos Electric Plane Can Fly To Edge Of Space 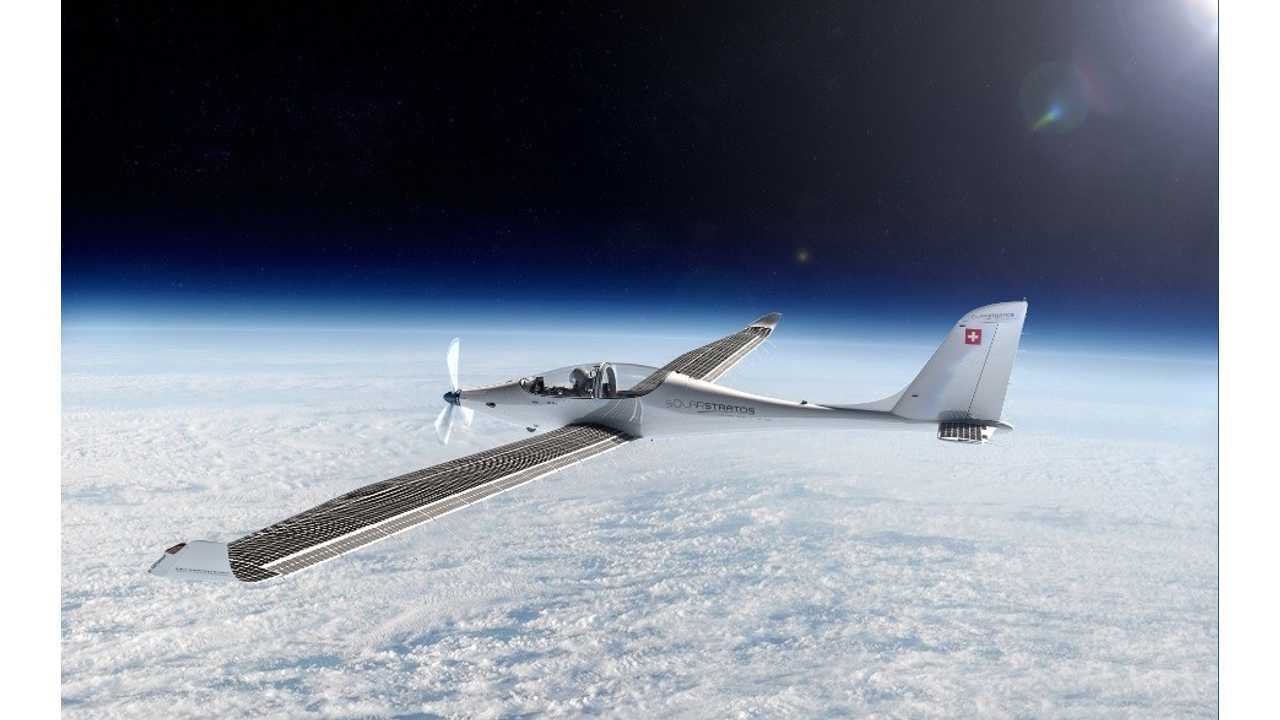 SolarStratos is the new all-electric solar-powered aircraft that by 2020 will try to reach the stratosphere in the world's first piloted stratospheric solar flight.

The two-seater will need to go up 80,000 feet above earth and SunPower is going to supply the project with 22-24% efficient Maxeon solar cells to make it possible.

Besides the 22 square meters of SunPower Maxeon cells, the SolarStratos will be equipped with a 20 kWh battery that should enable it to continue its mission for more than 12 hours without sun. The electric motor power will be just 32 kW, but the aircraft is pretty light (just 450 kg).

It will be interesting to see the electric aircraft flying twice as high as a commercial airliner's typical cruising altitude.

Norway Eyes Electric Aircraft As Next Form Of Electric Transport

"SolarStratos has an opportunity to push the limits of what we think is humanly possible and prove that renewable energy has the capacity to power our lives while preserving our planet. We are fortunate to energize SolarStratos with SunPower's industry-leading solar technology and look forward to further showcasing the value of innovative and reliable solar solutions for the world to see."

More on the project:

"A passionate, award-winning adventurer with experience bringing record-breaking projects to fruition, Domjan was the founder and the expedition leader of PlanetSolar – also powered by SunPower solar technology – which became the first boat to sail around the world on solar energy alone in 2012. This September, Domjan will attempt his first world-record flight, reaching 33,000 feet in a SolarStratos prototype plane.

SunPower® Maxeon® solar cells were selected for SolarStratos aircrafts because they are highly efficient, durable, lightweight, and about as thin as a human hair. On the next generation SolarStratos plane, SunPower's 24-percent efficient cells will be incorporated into the wings and horizontal stabilizer to power an electrical engine and charge a 20-kilowatt hour (kWh) lithium-ion battery for energy supply when the sun is out of sight.

Next Generation SolarStratos Plane at a Glance

"Soaring at such heights requires an unprecedented level of solar performance and durability, making SunPower's unique solar technology a natural choice for SolarStratos," said Tom Werner, SunPower CEO and chairman of the board. "The plane features the same extraordinary cells as those found in our high efficiency solar panels powering homes and businesses here on land – a true testament to our innovation as a solar leader."

In addition to supporting SolarStratos and the solar boat PlanetSolar, SunPower has a pioneering legacy of powering unique solar projects. In 1993, SunPower's high-efficiency solar cells drove a Honda solar car to win the World Solar Challenge from Darwin to Adelaide in Australia a full day ahead of the second-place finisher. The company also worked with NASA to develop the unmanned Helios solar plane that flew to a record altitude of 96,863 feet, also powered by SunPower high-efficiency solar cells. Most recently, SunPower helped Solar Impulse 2 – a single-seater solar plane – complete its groundbreaking flight around the world with zero fuel, the first for an aircraft of its kind."