Herein Lies The Story Of Launching And Building Tesla 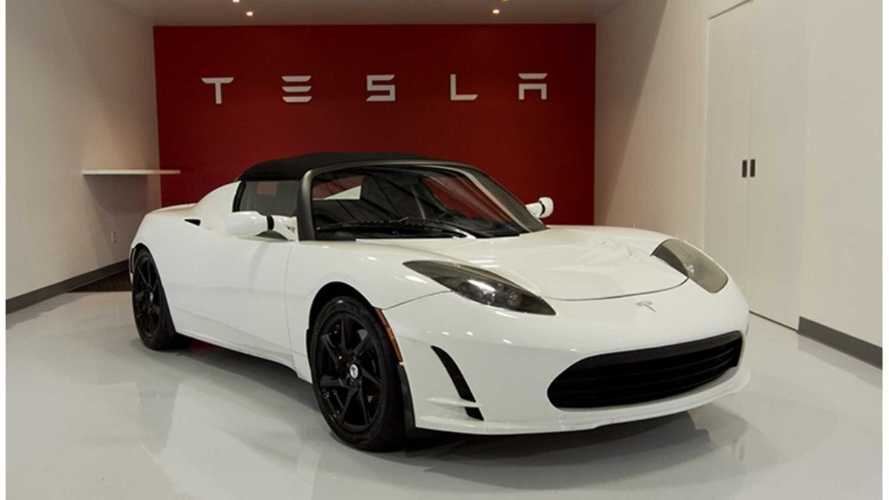 TESLA FOUNDER TELLS THE TALE OF LAUNCHING AND BUILDING THE COMPANY

2003 was the year when GM recalled their EV1 electric cars and destroyed them — at the same time Marc Tarpenning and Martin Eberhard were brainstorming about the possibility of bringing electric cars to the mainstream.

Here's The Story Of Tesla's Partnership With Panasonic

Marc Tarpenning tells the story of conceptualizing and building Tesla Motors in a new video (below) published via Startup Grind. Tarpenning and Eberhard rented a small office in San Carlos, CA in 2003 and discussed the impact and opportunities EVs could create in the automotive market.

According to Marc Tarpenning, this was a time when global warming and clean tech initiatives weren't as prominent in the public sphere — Tesla was one of the first companies to push for a greener future by undertaking this unique electric vehicle venture.

Also, this was a time when venture capitalists were mostly considering web-based business ideas as the most lucrative investing opportunities — getting VCs interested in an electric car company was a challenge at the time. However, Tesla was able to get some funding in early 2004 to launch their mission.

In response to a question about self-driving cars, Tarpenning replied that in those early Tesla years the concept of self-driving cars was not (yet) on their radar as they were deeply invested in creating the first production-ready electric sports car, the 'Tesla Roadster'.

Above: Roadster being tested in 2010 (Flicker: Argonne National Laboratory)

Tarpenning also told a couple of stories from the early days of Tesla — at one time when they were stress-testing the lithium-ion battery packs in the back parking lot of the company, they heard an explosion and ran outside to check it out. They witnessed not only the battery pack that had disassembled but it also launched itself and landed on the roof burning — fortunately they had safety measures in place to handle the situation.

Another tale involved buying a Lotus Elise and taking out the engine and replacing it with an electric drivetrain, which made the car significantly faster (0 - 60 mph in around 4 seconds). The electric Lotus Elise was presented to a group of VCs on Sand Hill Road, CA. One of the VCs just disappeared with the car only to reveal later that he was happily drag racing another venture capitalist.

Tarpenning notes in the interview that it was relatively easy convincing Elon Musk as an investor to get involved with electric cars. It only took about 5 minutes to seal the deal and Musk quickly became the largest investor in Tesla Motors. Tarpenning thinks this was because Elon Musk was already building rockets at SpaceX and EVs may have appeared to be an easier engineering task to him.

When asked what it was like to work with Elon Musk, Tarpenning said that Musk is extremely smart but tends to micromanage things. For example, if you're working on something and he comes up and asks pointed questions, you'd better have a good explanation of what you're doing otherwise you're in some hot water. Musk knew how to drill down and ask probing questions until you've met his exacting requirements.

Tarpenning also mentioned that he wouldn't have left Tesla's Board if Musk had taken the reins as CEO of the company 6-9 months earlier. Relatively soon after this transition, it turns out that Musk saved both Tesla and SpaceX in the global economic crisis of 2008.

In any event, with so many questions surrounding Model 3 pre-orders, an interesting fact (relayed by Tarpenning) was that a lot of first generation Roadster customers paid the full amount upfront and no one cancelled their reservation — these were the original investors, customers and early adopters who believed in Tesla's mission to build a sustainable future.