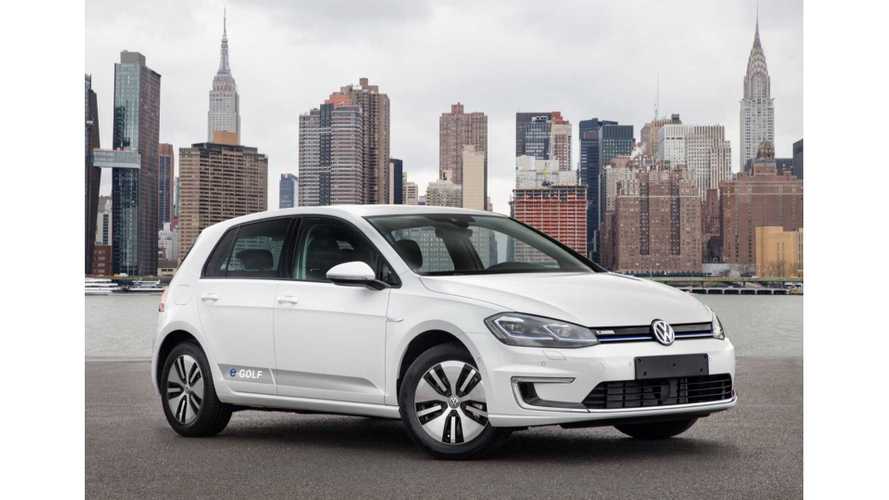 The recall might envelop nearly as many as 124,000 electric and hybrid cars from VW, Audi, and Porsche

The report about the possible recall was first published by German a magazine Wirtschaftswoche, and later confirmed by the company itself. Volkswagen stated that they are currently in discussions with Kraftfahrtbundesamt (KBA), the German road authority, over the potential recall arising from a possible problem with poisonous cadmium. The report reveals that the toxic metal, which found its way into a charger component built for all three brands, could hit as many as 124,000 electric and hybrid cars from VW, Audi, and Porsche.

“A corresponding recall order by the KBA is currently in clarification,” - spokesperson for the German automaker reveals

While the KBA is pushing for the recall, the VW Group informs us that the issue wouldn’t affect the health of either the driver or the passengers. The cadmium is "installed in a solid housing inside the charger, which in turn is enclosed by a solid housing". Furthermore, even though the toxic metal is both dangerous and a largely prohibited item in car parts, it is not used by the automaker itself. Last month, the German car maker informed KBA that the charger part contained 0.008 grams of cadmium per device.

The charger, supplied by a third party to the group, can be found in some off all-electric and plug-in hybrids made by VW, Audi, and Porsche from 2013 and up until last month.

Even though the low amount of cadmium is present and the sheer protective housing of the said material will ensure driver and passenger safety, the regulatory agency is pushing for a recall mostly due to where do the materials end up at the end-of-life for these vehicles.

All three affected brands have briefly stopped production of the affected vehicle models until the companies are able to source a new part. According to Volkswagen, the procedure of procurement for the said part is already done, and the production should be resumed shortly. The VW Group is yet to issue a recall to the owners of said vehicles. In reality, it should be easy for VW to replace the part. Nothing major controversy wise when compared to the dieselgate drama.