Check Out This Audi With A Tesla Powertrain 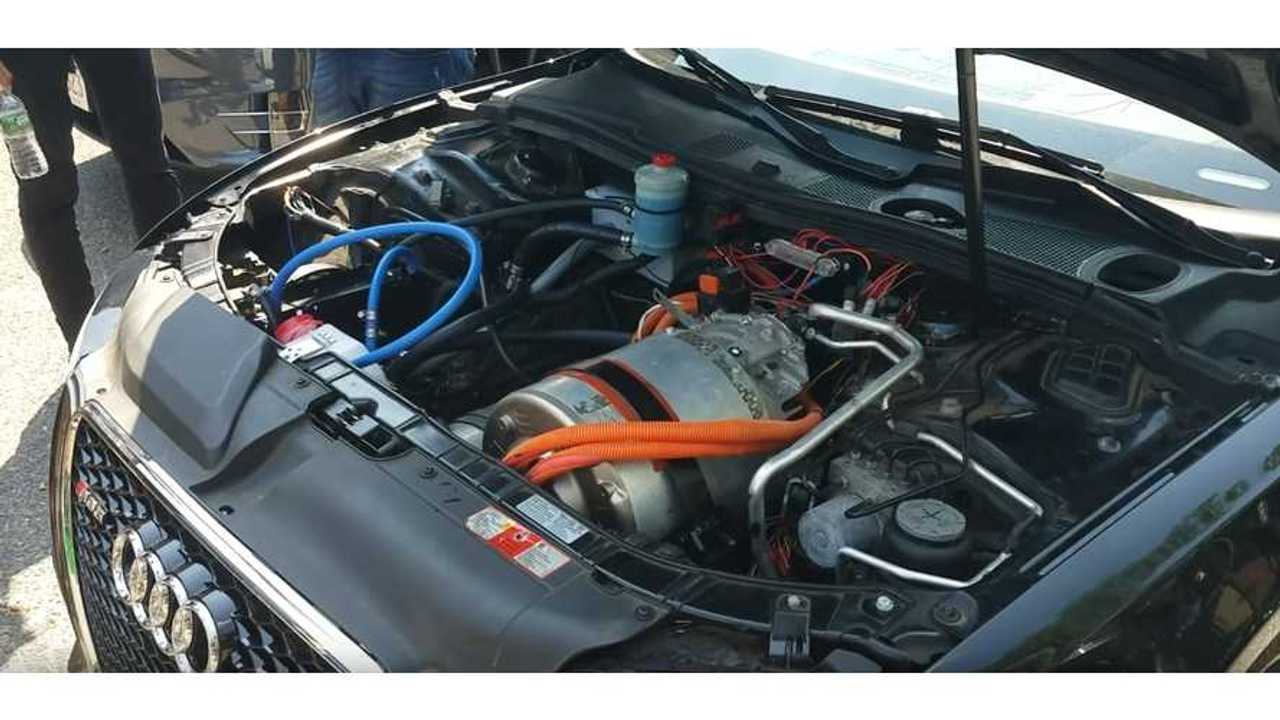 Using Tesla guts seems to be the preferred method for conversion these days.

Audi hasn't yet released an all-electric car (we're not counting the limited R8 e-tron here), but that doesn't mean there aren't some techies out there who haven't converted Audis to electric on their own...

Here is the project of converting an Audi S5 to electric using a Tesla Model S as a donor.

All 16 battery modules were put inside. The electric motor and inverter were split and installed in the front.

Interestingly, Rich Rebuilds visited the build and despite tons of his own projects, seems impressed by this particular one.

The second video is from one of the dyno runs.

A Tesla swapped Audi and it's owner meets Rich Rebuilds

Sam and Rich discussing some of the ins and outs of Sam's Tesla swapped Audi. An amazing car.

More videos to come, if you'd like please subscribe. Chameleon tuning is located in Bohemia on Long Island."