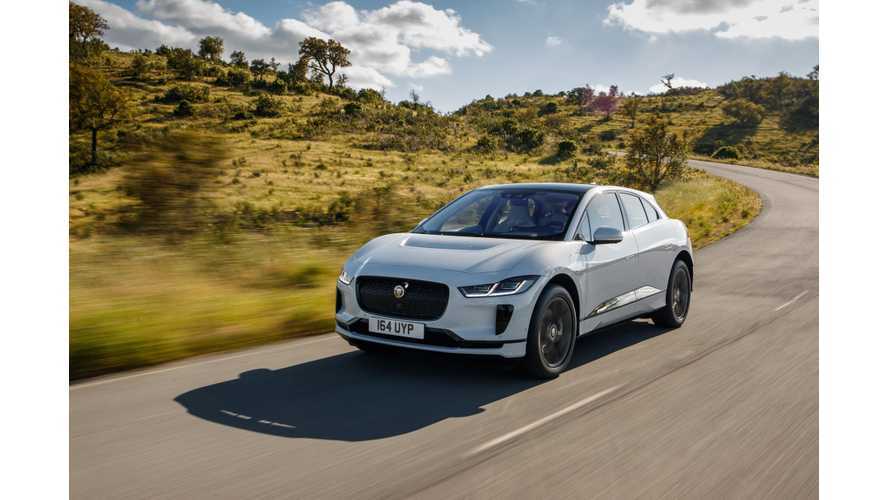 Even as the EV adoption rates are climbing and numerous legacy car makers either pushing to production or planning fully electric models, the range anxiety still seems to be the biggest deciding factor for new adopters. The upcoming Jaguar I-Pace is one of the most interesting EV models to hit the road this year. It features a rather impeccable exterior design, lavish interior, and impressive performance. But, how does it stake up with the range requirements? The crew at Top Gear Magazine decided to answer that question.

The test drive at hand is performed by Paul Horrell. This long-time automotive journalist has been at the helm of some of the world's most interesting cars throughout the years. Let's just say that putting new cars through their paces is what Paul is good at. Hence, when he was tasked with the range part of the I-Pace test drive, he had something interesting in mind. London to Land’s End on a charge - putting the I-Pace's figures within the WLTP (Worldwide harmonized Light-vehicle Test Procedure) to the test.

The Jaguar I-Pace has an official WLTP range of 298 miles. The trip Top Gear was about to take is 291 miles. It features city driving, some back roads, motorways and a few stops necessitated by a real-world need for the driver to take a break. The trip is finished with some precarious accelerator pedal usage, braking as the last resort, slow in and slow out of every possible road scenario. The I-Pace manages to reach the southern tip of the British Isles with a single charge. However, there are some caveats to the whole situation.

The Jaguar I-Pace had to be charged once to ensure the vehicle wouldn't be left stranded on the road. They've popped by a charger to add 10% to the battery, but the vehicle actually reached the finish line with 11% of its battery power remaining. That means 99 percent actually used. The crew attained the rated WLTP range. But only crawling along, denied heating, A/C, stereo, HUD, lane-assist, wipers, headlights. The actual driving range for any sane person not dwelling about the aforementioned driving modes will certainly be less.

Not bad for a large, chunky vehicle who's range calculating software is still in beta. The new driving range test is more realistic than the old and we reckon it's gonna raise a lot of dust in the EV industry in the forthcoming months. Largely because it still seems less accurate than EPA figures.