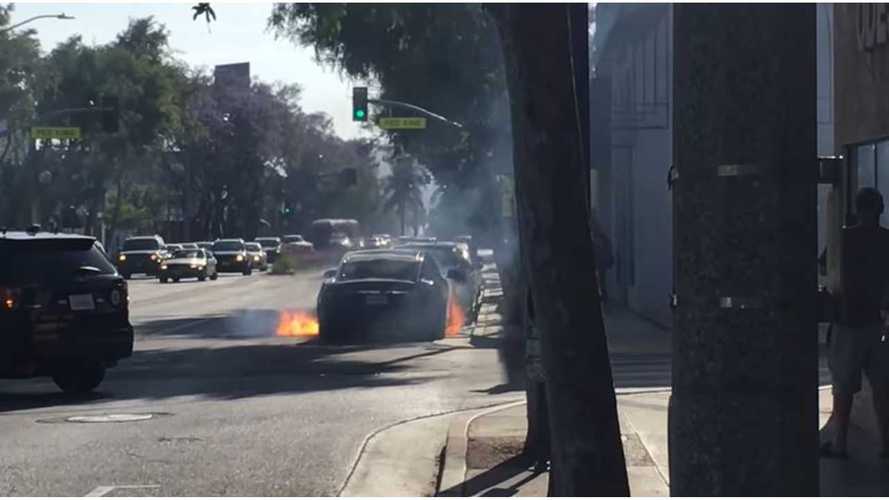 The National Transportation Safety Board will have an expert on hand while Tesla investigates the Model S that recently caught fire while in traffic in Santa Monica, California.

This is one of few times that a Tesla vehicle has caught fire with no obvious indication that there was an accident or damage to the vehicle. Actress Mary McCormick's husband was driving the Model S when it began to smoke. A couple had to alert him that the car was on fire, at which time he safely exited the vehicle.

Exploring And Understanding The Fire Risk For Electric Cars

Spokesman Peter Knudson from the NTSB made it clear that this is not a formal investigation into the situation. The NTSB will simply be a participant in Tesla's examination of the vehicle. However, the organization is taking the opportunity to see if it can learn more about battery-powered vehicle fires. Meanwhile, the NTSB is already investigating three Tesla vehicles fires, all of which were the result of a collision.

As Tesla has said on numerous occasions, these fires are not common in its vehicles. The automaker had some early problems related to battery pack punctures, but has since added a titanium underbody shield to protect the pack. Such fires that start without a collision are even more rare.

Nonetheless, as the public is just beginning to adopt electric vehicles and Tesla is a major focal point in the industry, all eyes are on these situations. Although there are hundreds of thousands of vehicle fires every day, media attention tends to gravitate toward electric car fires, and more specifically, Tesla fires.

Tesla CEO Elon Musk has repeatedly asserted that his company's vehicles are safer than gasoline cars in multiple ways. He also insists that Tesla vehicles are, by far, the safest vehicles on the road. According to FutureCar: