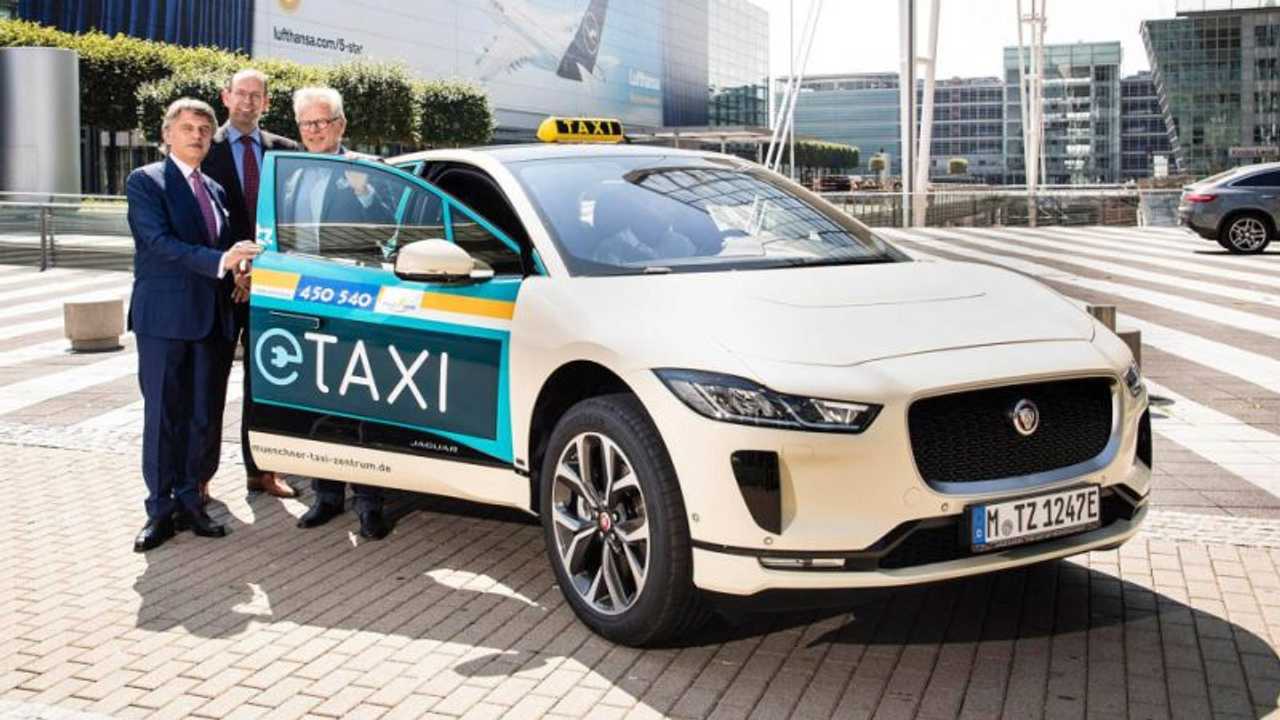 10 new I-Paces have joined a taxi fleet in Munich.

Jaguar Delays Some I-Pace Deliveries Due To Manufacturing Issues / Prioritization

The British firm's debut battery-powered effort has delivered 10 of the crossovers to Munich's biggest taxi operator recently. Mercedes-Benz has much of the German Taxi market covered, with around 60 percent of the country's taxis being Mercedes, many of which are E-Classes that are roughly half the price of the Jaguar. A comparable Mercedes, the EQ C crossover, won't be launched until next year.

"We want to invite people in Munich to drive electric, but also drive Jaguar," Jaguar Land Rover’s CEO Ralf Speth said. "One of the reasons we wanted to be here was the mixed traffic – you’ve got the city traffic, on the other you’ve got the autobahn to the airport."

Jaguar's taxis are part of a plan by the city of Munich – which is the hometown of rival brand BMW –to reduce area pollution. Rides in the new cars will be subsidized by the city council too, with it paying 20 cents per kilometre travelled. Munich has one of the highest levels of pollution from diesel vehicles among German cities and could introduce bans on older cars.

The Jaguar I-Pace comes with a 395-hp electric drivetrain, that helps it to reach 62 mph in just 4.8 seconds. Power comes from a 90 kWh lithium-ion battery, giving it a total range of just under 300 miles. It can reach 80 percent charge in just 40 minutes on a 100 kW charger.

It is loaded with technology too, such as having the ability to automatically cool down or heat up the batteries while it is being charged to ensure the car is in peak condition when it's time to set off. Jaguar's new Touch Pro Duo infotainment system also has a smart satnav that examines the upcoming route to give the most accurate assessment of remaining range, bringing an end to the dreaded "range anxiety" that puts so many people off buying electric cars.