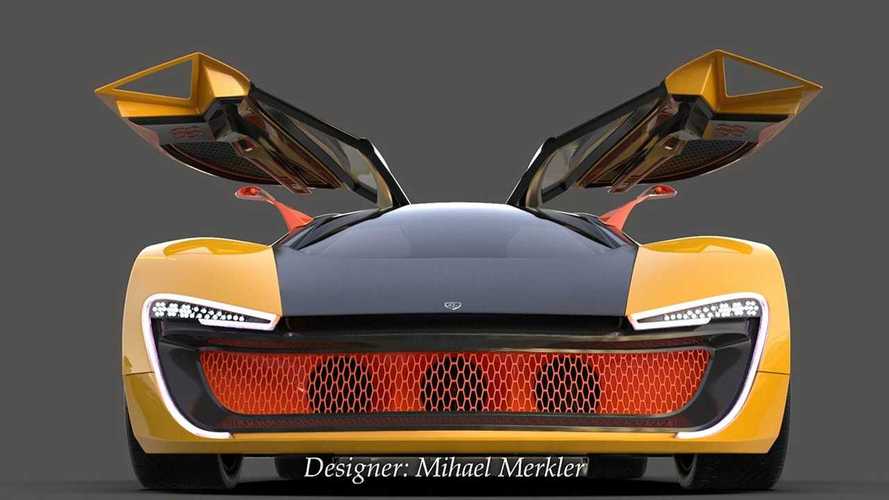 Don’t worry, it isn’t venomous either.

Electric hypercars are dime a dozen these days. Pininfarina has the “ultra-low volume,  ultra-luxurious” 2,000-horsepower PF0, Alieno has the out-of-this-world 2,610-horsepower Arcanum, and Dendrobium also introduced the 1,800-horsepower D-1. Even more popular brands like Jaguar and Porsche (in cooperation with Rimac) has announced the intention to join the electric hypercar bandwagon.

Little did we know, there’s another emerging ultrafast electric vehicle lurking around the inter webs…or so we thought. Called the Merkler Mira GT Concept, this bonkers creation of Mihael Merkler looks so real, we actually thought it is indeed real. Although Merkler classifies his Mira GT Concept as a supercar, the combined 1,400-hp output from its four motors could qualify it as a hypercar.

Besides, one look and you know this hypercar is for anything other than usual. What piques our interest is hyperrealistic Merkler’s renderings are. It even looks more legit than some renderings from actual carmakers, which makes us wonder, is he working for a brand that we didn’t know of? That’s a mystery we won’t be able to answer just now, but we digress.

Merkler is generous in sharing details about the Mira GT Concept. Aside from its insect-like appearance, the vents are functional, as it houses three wind turbines. These turbines are made to regenerate electricity, which is stored in the battery. For his concept, the faster you go, the more electricity will be stored. Cool idea, really.

In addition to that, Merkler also envisions the airflow through the vents is sectioned so that it can cool the other parts of the vehicle that needs cooling, such as the motors situated on each wheel, air conditioning, battery, and brakes. The airflow is projected to go through up to the rear vents as well. The triangular “exhaust,” on the other hand, isn’t for emissions but it’s there to dissipate the heat.

Another cool thing about the Mira GT Concept is its use of cameras instead of mirrors. See that antenna-like thing? Yeah, those are cameras.