It seems the automotive industry has a big problem with the new WLTP test cycle that replaces NEDC.

We are happy to see that the WLTP range results, energy consumption and emissions are more realistic and achievable under WLTP than the overly-optimistic NEDC, but there are other consequences. 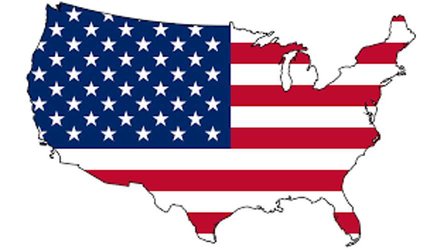 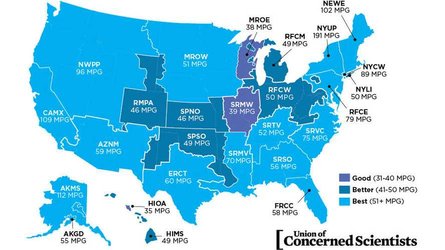 First, the higher emission numbers mean that EU targets for the automotive industry will be in jeopardy. Exceeding limits can trigger fines for manufacturers. On the other hand, in many countries taxes are applied in proportion to CO2 emissions, which is not a good news for drivers.

One more thing is decreasing sales of diesel cars, which typically (at least on paper, without cheating) noted lower CO2 emissions than gasoline cars. Without a fast take in sales of plug-ins, the lack of diesels will raise average CO2 emission for manufacturers.

JATO Dynamics recently warned that the switch to WLTP will result in CO2 emission some 10g/km higher (on average) than NEDC, while previously it was expected to be maybe 8g/km. In the luxury segment, it is nearly 20g/km more. The higher the difference the more encouraging electrification is though, so we're okay with this.

JATO assumes an average of 10g/km discrepancy between NEDC values and new NEDC correlated values obtained under WLTP, which are calculated using co2mpas

JATO Dynamics, a global leader in automotive business intelligence, is releasing its latest findings on the impact of WLTP on the automotive market as the industry approaches the September deadline, when WLTP testing will apply to all new car production.

The findings indicate that re-homologation to the WLTP test cycle is having a more significant impact than previously thought on NEDC correlated values obtained under WLTP, which are calculated using co2mpas. This could result in significant financial penalties for automotive manufacturers in EU member states where CO2 drives taxes. The new figures indicate that the disparity between NEDC test data and NEDC correlated data under WLTP test cycle is higher than the 8g/km JATO monitored back in April 2018, and that the process of concluding the re-homologation of all vehicles could take longer than expected.

Today, due to increased test numbers, JATO has a larger and more robust sample of vehicles from which to calculate the volume weighted impact on NEDC correlated CO2 values under WLTP testing. Additionally, it is possible to calculate the impact on vehicle segments too.

The analysis of the volume weighted effect of re-homologation finds that:

This comes at a time when the carbon footprint of Europe is likely to further increase. Firstly, there’s a significant shift away from diesel to petrol vehicles across the EU member states, with registrations in H1 2018 showing petrol vehicles increasing their market share by 7 percentage points to now account for 57% of the market. In stark contrast, diesels have suffered a significant decline, with their share of market falling by 9 percentage points to 37% – the lowest for diesel vehicles this century. Finally, and perhaps more crucially, despite Alternative Fuel Vehicles (AFVs) increasing registrations by 30% in volume year on year, that fuel type still only accounts for 6% of the market. Significant progress is still needed for AFVs to plug the gap left by the declining diesel market, if the trend towards petrol vehicles continues.

Once WLTP testing is fully enforced and more vehicles are re-homologated, JATO predicts CO2 values to be even higher combining the fuel type shift mentioned above and the WLTP re-homologation effect.

The findings highlight to the industry that CO2 emissions are a key influencer of EU member state taxes and EU fleet penalties, so a combination of higher readings under the WLTP test criteria, and the shift towards petrol vehicles could have a significant impact on the industry. Today 37% of vehicles registered in EU member states are subject to a CO2 purchase tax, whilst over half of vehicles sold (52%) enforce a CO2 ownership tax – including sizable markets such as France, Germany and the UK. With the disparity between CO2 levels recorded under NEDC test conditions and NEDC correlated values calculated following WLTP test conditions and correlated using Co2mpas, CO2 levels could be significantly higher than previously thought which could result in tax rates changing to accommodate the rising figures. More significantly, automotive manufacturers could face significant penalties, under the EU regulation that penalises carmakers for every gram over the CO2 reduction target.

If not already, manufacturers should take deliberate steps to understand the NEDC correlated CO2 and fuel consumption values, as well as the WLTP emission and fuel consumption values of each vehicle build. This should be assessed alongside the local market tax on emission levels, and vehicle configuration, to evaluate the competitive positioning of their models, avoid fines, and navigate changing consumer preferences.

A spokesperson for JATO commented: “What our latest data shows is that the impact of re-homologation to WLTP testing could be even higher than previously thought. Following our analysis of a sample of the vehicles currently re-homologated, if this is extrapolated to the whole fleet, CO2 values could reach 130g/km in 2019, which is a significant 12g/km increase on the 118g/km currently seen in Europe and above the target set by the EU. As a result, car manufacturers could face a penalty of €95 per gram over the target per vehicles sold. This could amount to a huge financial penalty for the European car industry who registered more than 16 million vehicles in 2017.

“What is also worrying for the industry is that the publication of re-homologated models/versions is not progressing as quickly as expected. It has taken 11 months for 20% of existing model/versions in the market to be re-homologated and published, meaning the industry could face a backlog of vehicles that cannot be registered if it isn’t completed by 31 August.”

JATO’s data can be accessed via insight reports that are updated in real time. Data on the dashboards created by JATO are designed to help the industry evaluate the risks and opportunities related to the impact of WLTP testing, and to navigate the potential impact on tax and regulation.

JATO provides a tracking tool of all re-homologations in a dashboard format that: