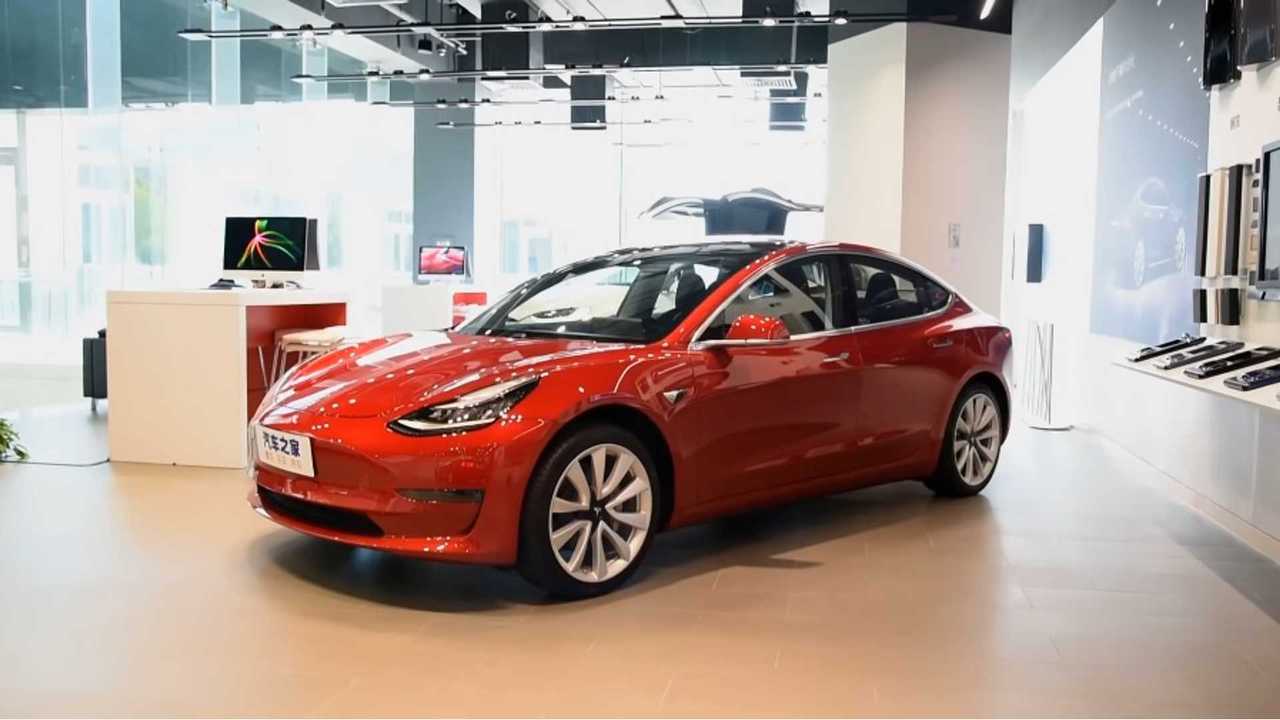 Tesla hasn't yet begun sales of the Model 3 outside of North America, but in China there was already one on exhibition in a Tesla store.

Here is video with exterior and interior of the red Model 3 Long Range, which of course gets the Chinese version of the interface for the touchscreen.

The charging inlet remains the North American type, which is not what it will be in the production version (as Tesla uses Type 2 and Chinese GB/T standards in China).

When sales in China start in 2019, at least several thousand a month should be sold we believe (in the beginning at least).