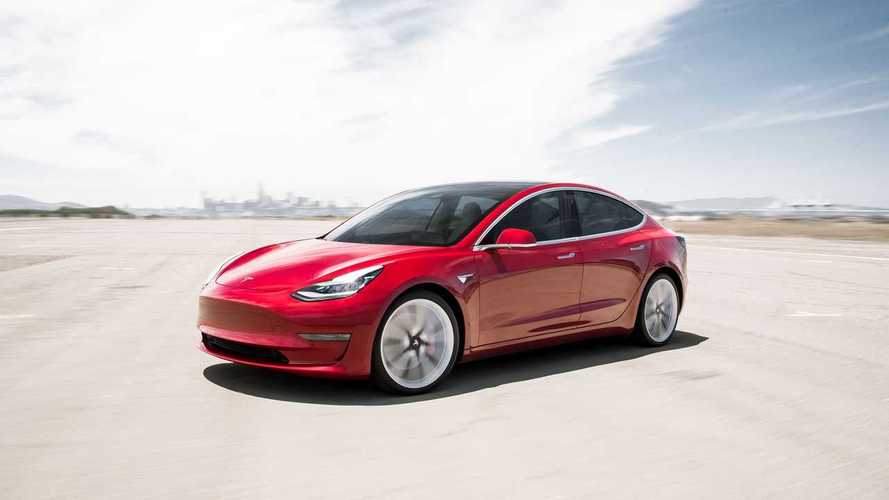 The Tesla Model 3 Dual Motor Performance is not really a track car, yet it has a "Track Mode" and is pure joy to whip around a circuit. And, it won't overheat while doing it. Sort of. These statements may not make a lot of sense unless you've read the latest (and greatest, so far) review of the car, which would be the fresh prose dripping from the servers over at Road & Track. We recommend it.

The buff publication just spent a day with two examples of the hottest Model 3 variant in delicious multi-coat red at Lime Rock Park. While others have had seat time in the P3D, none have so thoroughly put it through its paces and wrung answers from both its chassis and those responsible for making the electric revelation happen. We don't want to spoil everything, but let's look at some of the highlights.

First things first. Track Mode is magic and owners should get it soon. It doesn't work by disabling traction and stability controls. Rather, it changes how those systems interact with other aspects of the car, like regenerative braking. Let's hear how R&T's talented Bob Sorokanich describe the magic in making a turn:

When you lift in a corner, the regen tosses all the weight forward, loading up the front axle. The rear tires, now regenerating under much less weight, break loose. The stability control looks the other way.

Ok, so it handles the track crazy well, but how does it handle the heat of being pushed to 10/10ths for miles. According to R&T, it happily gives you the full beans for about 3 laps or so on the 1.5-mile Lime Rock Park circuit. After that, protective systems kick in. They don't put you in the penalty box per se, but they will impact your lap time by a couple seconds. To counter overheating, output may be slightly lowered and the system detects which particular component — the battery pack, motor/inverter, what have you — is in need, and sends more cooling to that part, allowing you keep driving but with just slightly less punch.

To its credit, R&T points out that any number of other sports cars suffer similar problems with heat. The Model 3's solution allows you to stay on track without worry of damage and still lets you have lots of fun.

Now, we can't help but think the aftermarket could probably come up with a cooling solution to counter this.  Although we said at the top the P3D is not really a track car, the ability to drain the battery in anger without punishment would go a long way toward establishing some impressive credentials.

Overall, it's no understatement the R&T crew was impressed by the baby Tesla. They finished up the review (which, by the way, is peppered with brilliant photography) with the statement that the California company has created the "world's first electric sport sedan with bona fide race track chops." Indeed.