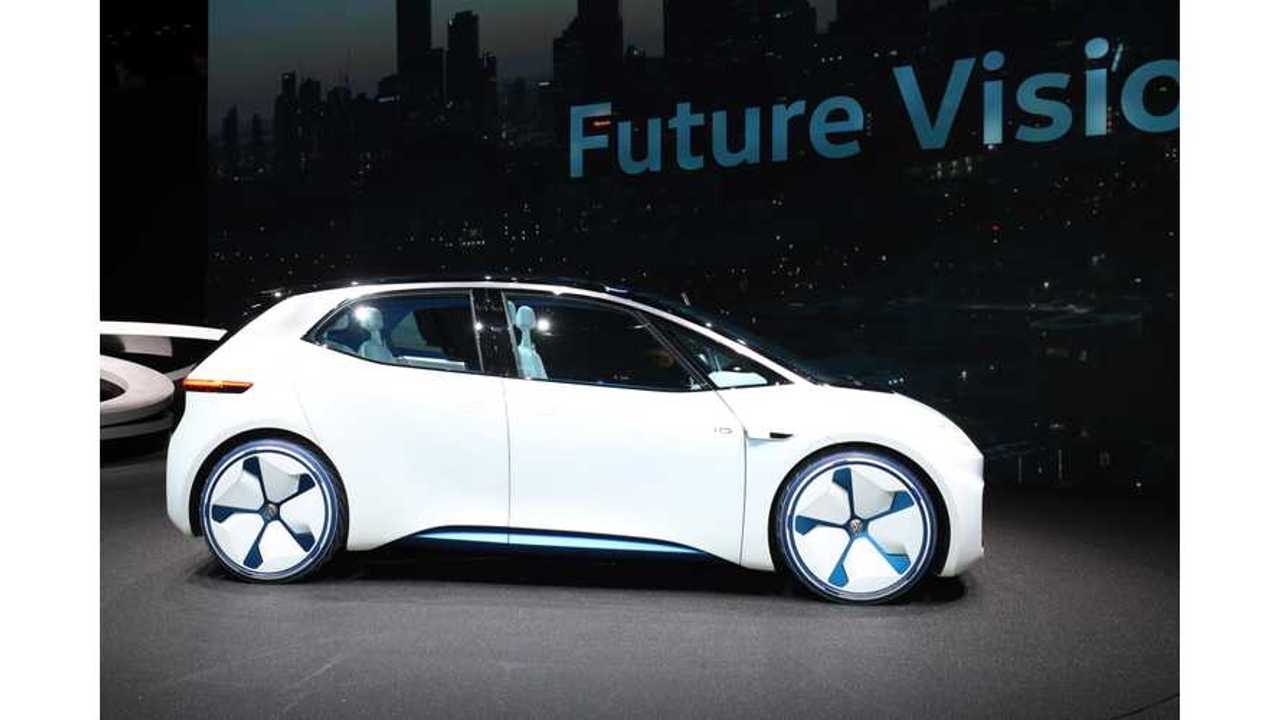 If approved, Volkswagen promises it will be a proper R model.

It’s a known fact by now that Volkswagen is working on a bevy of electric vehicles due to badged as I.D. models, starting with a hatchback slated to go on sale in 2020.

While the original concept car pictured here is not particularly exciting, you’ll be happy to hear engineers from Wolfsburg are already thinking of how they could spice up the EV portfolio. The answer? By coming out with performance models carrying the “R” badge. The reveal was made by Volkswagen’s man in charge of the R division, Jost Capito, during a recent interview with Autocar:

“If we do an R electric car, then it will be a proper R, or else it wouldn’t make sense.”

It is way too early in the game for VW to be revealing details about a performance electric production car, but the fact that they’re thinking of slapping the “R” badge on a car without a combustion engine is a sign that times are changing. Capito did say the company already has an idea for a zero-emissions R model, although they haven’t decided when such a model could be launched on the market.

R’s boss says development of electric vehicle is turning out to be quite dynamic as changes take place every month, making it hard for VW to finalize all the details for a go-faster EV. He does mention that eventually, they will decide on how a performance electric car should be, with Auto Express suggesting it might be a hot hatch or a speedy crossover linked to the I.D. Crozz concept.

VW has already demonstrated EVs can be brutally fast, with the I.D. R Pikes Peak establishing a new record earlier this year by completing the 12.42-mile, 156-corner course in 7 minutes and 57.148 seconds with Romain Dumas behind the wheel.

That being said, the I.D. R Pikes Peak is a purpose-built electric race car whereas a road-going model poses more challenges for VW since it has to be not only fast but also comfortable and must have the right batteries to cure range anxiety once and for all.

Meanwhile, the R is set to grow beyond the Golf R if we were to rely on the rumor mill. It is believed VW will launch three additional models in the years to come: T-Roc R, Tiguan R, and Arteon R – not necessarily in this order.