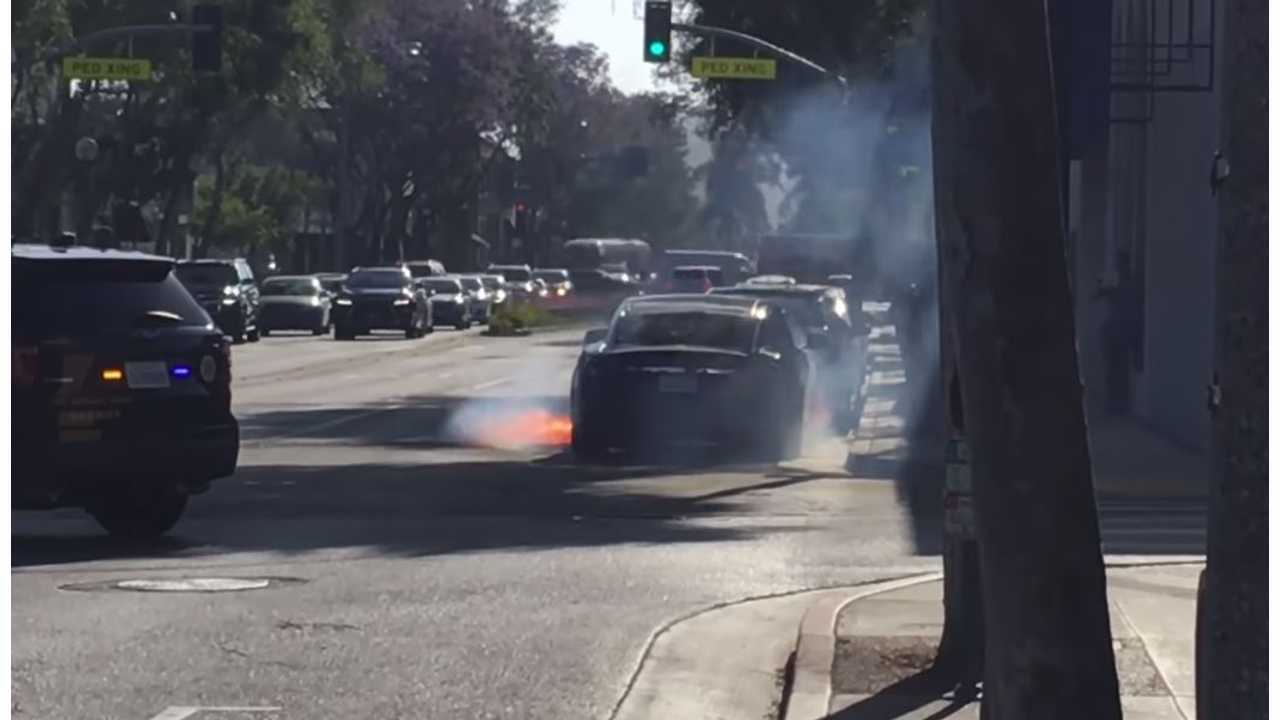 Chevrolet has graciously stepped forward to offer the owners of that Tesla Model S that recently caught fire while in motion a loaner Chevy Bolt until they secure a new car.

Why? Because it's the right thing to do. And it's easy publicity too. Though the automaker notes it's not intended as burn towards Tesla...hmm.

Back on June 15, actress Mary McCormack posted this on Twitter:

@Tesla This is what happened to my husband and his car today. No accident,out of the blue, in traffic on Santa Monica Blvd. Thank you to the kind couple who flagged him down and told him to pull over. And thank god my three little girls weren’t in the car with him pic.twitter.com/O4tPs5ftVo

Soon after, another video captured by an onlooker surfaced. Here it is:

We later learned that Tesla was investigating the incident. We've yet to receive an update on the progress and/or findings of the investigation though. Tesla stated at the time:

“We offer our support to local authorities and are glad our customer is safe. This is an extraordinarily unusual occurrence, and we are investigating the incident to find out what happened.”

Then, just the other day, General Motors reached out to Mary McCormack via its head storyteller Ray Wert. The exchange took place on Twitter. It's all embedded below:

In the interim, we’ve offered to loan @marycmccormack a @chevrolet Bolt EV so she has a more dependable electric vehicle to drive.

No burn. The @GM advanced tech Comms team are just big West Wing fans and want to make sure @marycmccormack has some dependable all-electric 238 mile-per-charge transportation.

Also, I’m a fan of Judge @BridgetMaryMc here in Michigan.

The narrative seems to have ended there, with no word as to whether or not Mary McCormack accepted the loaner Bolt.