The road to reality runs through Colorado.

The all-electric crossover from Audi, the E-Tron, is decidedly on its way to showrooms. Sure, we had hoped to see it begin shipping in 2018 as had been promised when the concept was revealed at the 2015 Frankfurt Motor Show, but with U.S. reservations kicking off this September, we suppose that's close enough. And if reservation-taking wasn't convincing enough about the reality of the program, here's another: E-Tron mules have been spotted in Colorado Springs in, naturally, Colorado. 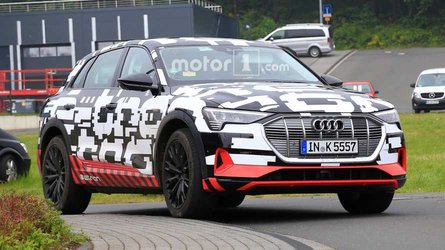 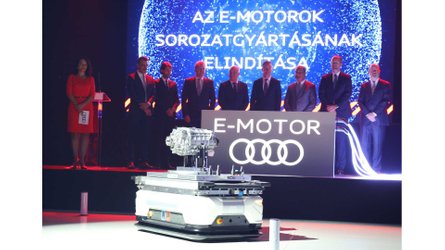 Images sent to InsideEVs by Doug B. place the development vehicle near Garden of the Gods, on the outskirts of "Olympic City." While that particular rocky outcropping may be interesting to tourist, one of the mountains in the background of the images hold the key to the reason why the mules are in this vicinity. That mountain? Pikes Peak.

Yup, the very mountain that provided the setting for the most momentous breakthrough in electric vehicle performance, the crushing of the uncrushable Pikes Peak International Hillclimb record by Romain Dumas in the Volkswagen I.D. R., is also a popular testing location for various automakers. In fact, this writer happened across a bevy of camouflaged Mercedes crossovers being put through their development paces when he visited the hill a couple of years back.

Though it may have previously been selected for its tortuous terrain and internal-combustion-challenging elevation, the circuitous path to the top still provides a well-known benchmark for the new class of battery-powered vehicles beginning to trickle from whiteboards to production lines today. Sure, the Audi crew won't be charging up its flanks like the racers that have been congregating here for most of the last century, but they will still be able to make a comparative analysis to previous vehicles that have mounted its parapet in the past.

So, when the camo comes off the new Audi E-Tron, likely at the upcoming Frankfurt Motor Show, just know that the road from the first reveal to that moment, and then the following journey to customer's garages, ran through Colorado.