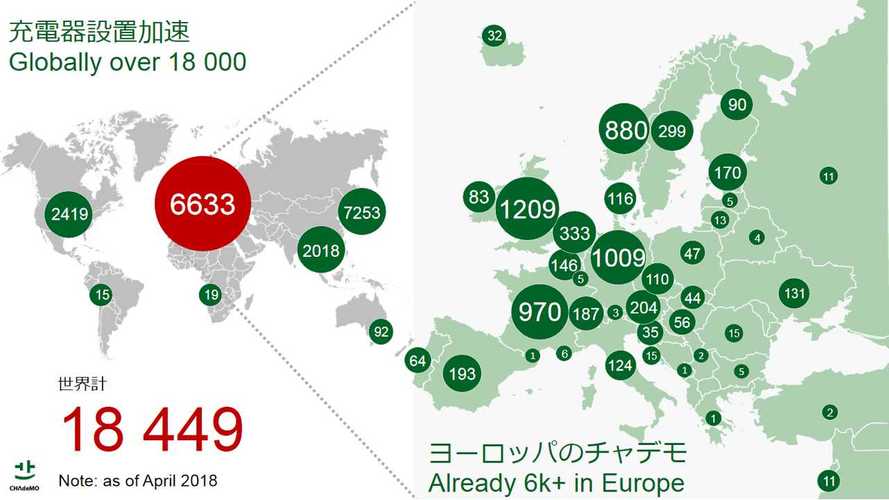 After the recent CHAdeMO 2018 General Assembly in Tokyo, we have received insight into the progress of the CHAdeMO fast charging standard around the world.

The latest big improvement for CHAdeMO is an increase in power output to 400 kW in 2.0 version.

CHAdeMO Association said that it has highest share in plug-in car fleet among fast charging standards. In case of all-electric models, it's 35% (including Tesla via adapter) or around 20% without Tesla we believe. In case of plug-in hybrids, Mitsubishi Outlander PHEV (CHAdeMO-ready) managed to achieve 15%, but other PHEVs don't have fast charging at all.

In Europe, CHAdeMO is also very popular as 32% of all BEVs are compatible with CHAdeMO. After including 15% of Tesla cars, it turns out that up to 47% of all-electric cars in Europe can use CHAdeMO.

For 2018, CHAdeMO Association intends to focus on three areas: